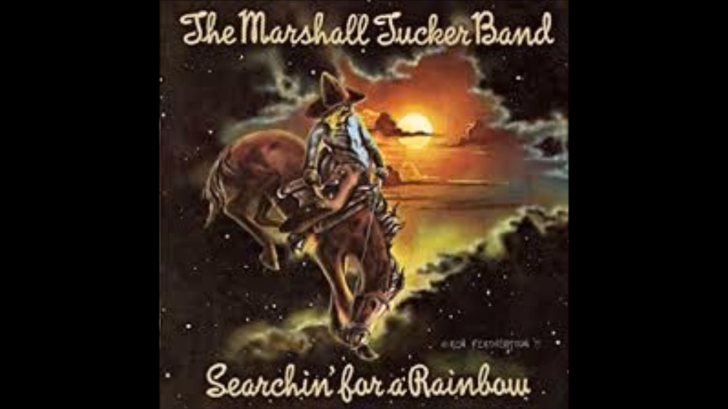 The music was a mixture of blues and country, which soon drifted into rock-blues. In 1971, they were joined by Toy’s brother Tommy Caldwell, George McCorkle, and drummer Paul Riddle, thus giving life to one of the most celebrated southern groups. The six musicians debuted in 1973 with ‘Marshall Tucker Band’. This historic album contained splendid songs like ‘Take the highway’, ‘Losing you’, ‘Can’t you see’ and ‘Ramblin’, which became immediately in classics of the group’s repertoire

The formation created an extremely solid, dense band reputation capable of fusing country, boogie, southern-rock, blues, soul, and funky. The merits of the Marshall were mainly attributed to Toy Caldwell.

With ‘Searching for a rainbow’ (1975), their fourth album, the group’s musical interests shifted from rock-blues with a clear southern-rock matrix to a calmer and more commercial country-rock. Despite this, ‘Searching for a rainbow’ and ‘Carolina dreams’ (1977) reached shameful levels of popularity and won two records outright. From the bright and fighting sound of the first years, they evolved into sounds adapted to American FM radio stations. Toy Caldwell’s inspiration seemed to have run out in no time. From 1978 onwards, The Marshall Tucker Band released loose and bad records. Its brilliant beginnings, full of vitality and courage, seem to be limited only to the first albums.