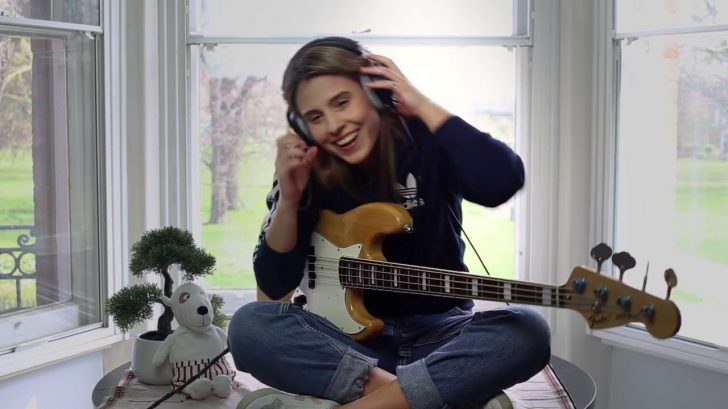 Wham! “Wake Me Up Before You Go-Go,” ‘s success in the United States is another one of those ’80s relics that refuses to fade away. It’s catchy, unforgettable, and unabashedly ridiculous, and it appears frequently in sitcoms and animated films.

Everything in the song, even the exclamation mark in the group’s name, begs to be treated lightly. But that tremendous craziness paid off, as the song topped charts all over the world and turned Wham! transformed into a commercial success.

In the video below, a bass player named Kinga Głyk did an all bass cover of Wham!’s classic hit. Every second of it is filled with happiness, laughter, inventiveness, and GROOVE! This video, together with their medications, should be given to persons who are depressed to lighten up their day.

Głyk killed it with fills and re-interpretations on an already fantastic bass line! She certainly has a character on bass, and it’s excellent.