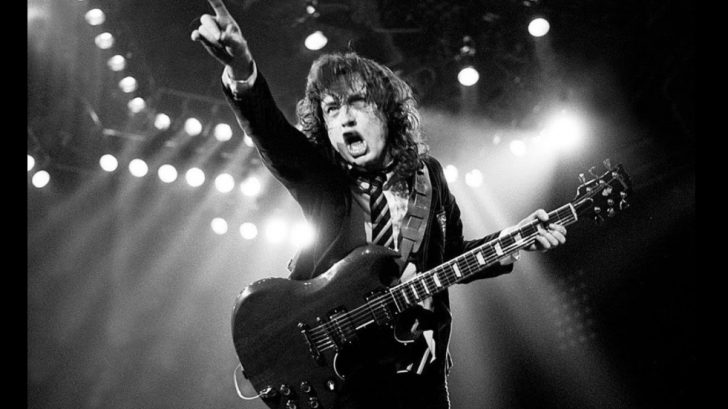 Angus Young revealed his stage antics with AC/DC were originated to recollect a defining significance in his life. The guitarist continued he frequently steered his performance toward the youngest portions of the audience, in the belief that the enthusiasm and force he was sharing would be passed to a new era.

“A lot of it all goes back to … when I was an early teenager, 13 or 14,” Young shared Tiny TV in a recent interview. “What I liked music-wise, I had to wait up [for] all night. I would be there all night, and then at about two o’clock in the morning, there was a man on the radio, and he would play rock music. … He was an American man. And I had a little radio, and I would sit there in my bed and wake up just for this guy.”

He remembered listening to Cream and, later, Led Zeppelin – but mentioned listening to Jimi Hendrix as a key importance. “When I heard ‘Purple Haze,’ boy, that was it. I was so excited. … I thought, ‘How am I gonna find out about Jimi Hendrix?’ I was out walking anywhere. I went up to a magazine store, and I’m trying to look if they’ve got a magazine from England, ’cause I knew he was in London. And I found a little picture of this guy with a guitar, and I was going, ‘Wow! I wanna look that cool!’”

Young continued that his stage display was his effort to express those same sentiments.