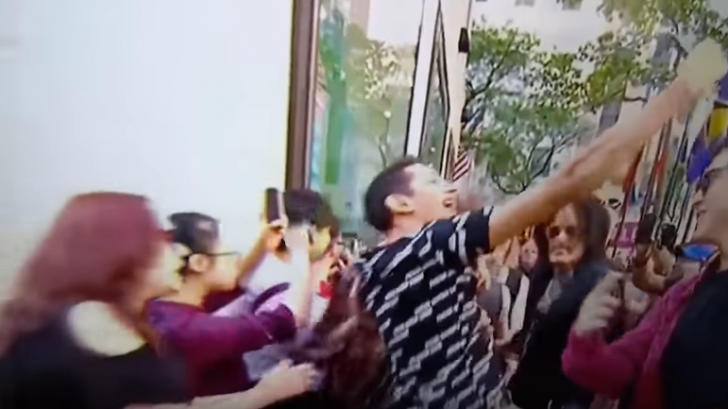 We all know by now Steven Tyler is generally cool and kind. He doesn’t mind going the extra mile when it comes to his fans whether it’s an impromptu performance or inviting them to come up on stage. But some people have zero sense of decency when they see their idols. And so during Aerosmith’s guest appearance on The Today Show, a guy jumped out of the line and almost gave Steven a chokehold trying to get a good selfie.

The clip was posted on Twitter and Steven responded by tweeting:

“No time bro – this is LIVE TELEVISION! Come to the show if you want an intimate experience.”

Taking selfies isn’t a huge deal to Steven but the way you approach him matters because just like every other human being on the planet, he’s nice when you’re nice. So lesson learned you guys, ask nicely instead of surprising your favorite rockstar like this.