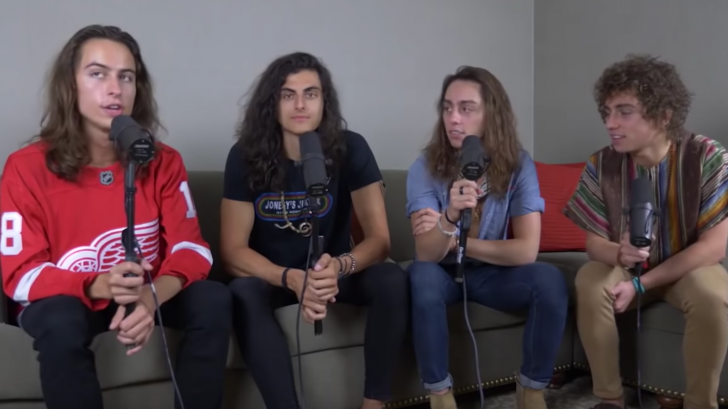 Last October 23, a music website, Pitchfork posted a “not-so-friendly” review of  Greta Van Fleet’s debut album, Anthem of the Peaceful Army, and this, of course, turned out to be controversial and caused a turmoil within the rock community.

Jeremy Larson, the Senior Editor of the website and the one who wrote the review, went too far by describing the record as alternating “between the ignorable and unforgivable.” He even gave the album a rating of 1.6/10, which led the fans to be upset.

Here’s an excerpt from the piece below.

“[Greta Van Fleet] care so deeply and are so precious with their half-baked boomer fetishism, they mollycoddled every impulse of late-’60s rock‘n’roll into an interminable 49-minute drag. Each song here could be written or played by any of a thousand classic rock cover bands that have standing gigs at sports bars and biker joints across America (the same venues where Greta Van Fleet cut their teeth when they were kids).”

Well, you can’t blame many rock fans for being angry with Pitchfork’s review, as Greta Van Fleet is considered relevant today as one of rock music’s newest acts.

@GretaVanFleet don’t listen to what pitchfork says, the album is very good. At the end of the day, you guys are living the dream and they’re behind a computer screen.

That Pitchfork review for Greta Van Fleet's album is one of the most pretentious things I've ever read.

First album I’ve bought day of release for 20 years fantastic album. Been keeping an eye on @GretaVanFleet for a while now. Never heard of @pitchfork. https://t.co/IbpYHpyKaF

@pitchfork a 1.6 for @GretaVanFleet new album huh? You guys are some real jackasses I gotta tell ya.

I don't know what the critic from @pitchfork was smoking when he listened to the new @GretaVanFleet album, but it's actually very good.

Here’s what Pitchfork has to say about the album:

This album is not good https://t.co/m5aeecYjDJ

There’s no denying the comparison between Greta and legendary rock act Led Zeppelin, and everyone who listens to both knows this.

Reports by Hits Daily Double, the record is currently peaking to sell between 70,000 and 75,000 total units the first week, and this is quite impressive for a young band in this era.

Keep going for the record below if you haven’t heard it: