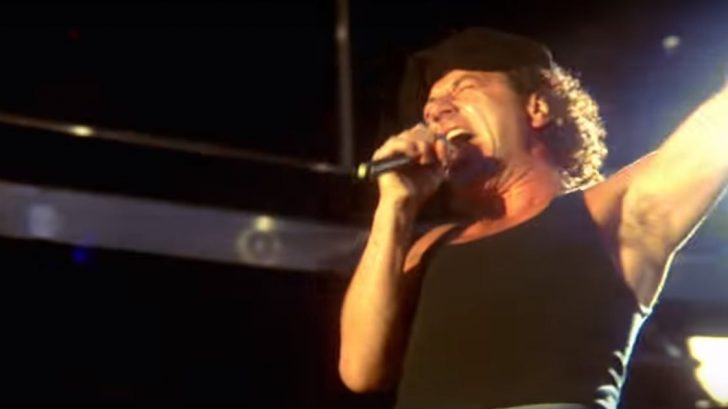 The Hell’s Bells Has Been Rang Once Again!

Finally, Brian Johnson is back! He recently announced that he’s actually back and tired of denying it.

Reported by a Brazilian AC/DC fan website, Brian confirmed the news that he’s back for a new record, and this awesome news has every AC/DC fans pumped up!

Last year rumors caused quite some stir in the rock community when Brian Johnson and members of AC/DC was spotted in a Recording Studio in Vancouver, and it seems that the rumors were true and they were out there for a new album.

Though last year claims were dubbed as more than “fake news.” Another backup evidence got out and given by a Facebook post from an L.A. death metal band “Terrorizer,” who posted on their page earlier this year:

“We ran into Brian Johnson from ACDC at the airport today after the flight home and we asked him about the rumors of him being on the new ACDC album and he said “Yes” and that he is “Sick of denying it”. So that was a cool surprise ending to the tour.”

And one of the coolest things about the so-called rumor is that someone had photographic proof.

See the picture below of Brian Johnson with Phil Rudd having a cup of coffee:

The rumor last year just represented something like of an “I TOLD YOU SO” headline. As of today, Brian Johnson is officially BACK IN BLACK!

All we have to do now is wait for the new album to come out and hope for the best that it is as good as the other release.