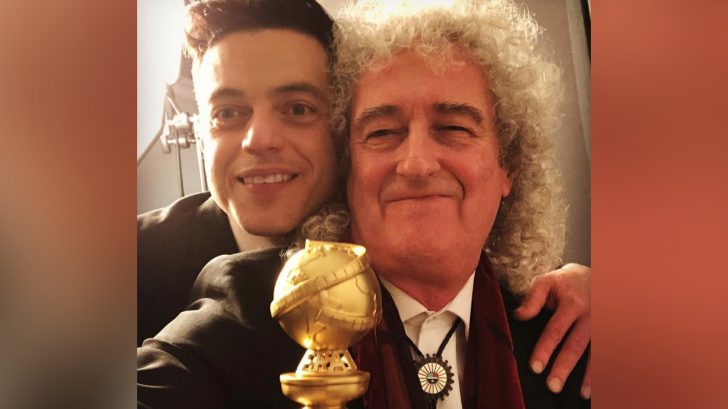 Yup, We Feel The Same Way!

So here we are just two weeks removed from this year’s Golden Globes and we can honestly say that it couldn’t have gone any better than we would’ve wanted it to. The highly anticipated Freddie Mercury biopic ‘Bohemian Rhapsody’ took home two Golden Globes including Best Motion Picture and Best Actor awarded to Rami Malek for his stunning portrayal of Freddie Mercury. Needless to say, the Golden Globes went exactly as we hoped.

When all was said and done and the Golden Globes concluded, Queen guitarist Brian May, who was one of many at the helm of the making of this film, couldn’t help but thank the Golden Globes for all the awards. In fact, he summed up all his emotions in one emphatic word.

Thanks King Rami – you are IT !!! I’m still in shock at walking away with the two top awards of the night. THANK YOU Golden Globes ! BRI

‘Shocked’ is the word. I think we all feel the same way. Though we were all blown away by Malek’s performance, it does go without saying that no one REALLY expected him to win best actor given that rock & roll isn’t usually favored in the mainstream light. But nevertheless, Malek won, and so did the film for Best Motion Picture thus making it a victory for rock & roll as a whole.

Great moment ! Thanks to all who made this happen. Bri

What’s even more exciting is that the Academy Awards are right around the corner and based off of these wins, I can’t wait to see what kind of business ‘Bohemian Rhapsody’ does there. If any film deserves to win it’s this one, and if any actor deserves an Oscar, it’s Rami friggin’ Malek.

Time will tell, but I’ve got a great feeling about it all heading into the Oscars. Who’s your money on??