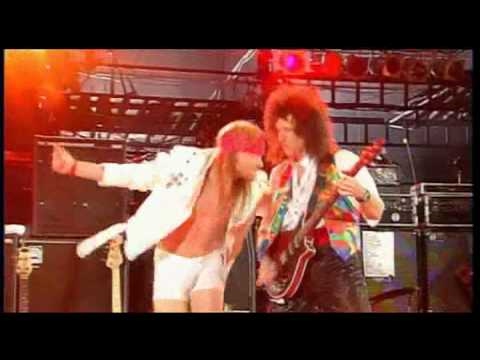 At the end of the 90s, the band led by Axl Rose suffered a great crisis, keeping the leader and singer as the only original member.

With the departure of Slash, one of the guitarists who was considered to participate in the recording of the Chinese Democracy album was Brian May, a legendary member of Queen, although finally the recording for the song “Catcher in the Rye” was excluded from the album.

Now, in an interview published in the British magazine NME, May recalled that moment and said:

“It was an odd experience. I think it was about midway through the whole thing. By that point Axl was pretty much a recluse,” May remembered. “He was working in his house, and I was working in the studio at the bottom of the hill with his engineer at the time, and he only rarely came down. Now and again he would call in and get all enthusiastic and talk a lot, and then he’d be gone again. I don’t think any of what I played actually got onto the album.”

“Well, it is a shame. I did put quite a lot of work in, and was proud of it,” May explained,

However, that had not been the first time that both musicians worked together, on April 20, 1992, Axl had participated in the memorable tribute to Freddie Mercury at Wembley Stadium in London, covering the classic “Bohemian Rhapsody”.

You can watch the video below to remember that great moment.