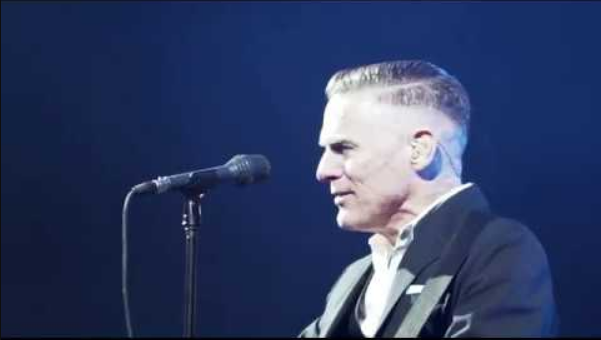 Singer-songwriter Bryan Adams apologized for his recent comments on anti-Chinese racism ranting online about the pandemic that forced him to cancel his London shows.

The rocker released a statement: “apologies to any and all that took offense to my posting yesterday,” adding: “I have love for all people.”

Adams said his previous posts on Twitter and Instagram that his shows at the Royal Albert Hall were postponed thanks to “bat eating, wet market animal selling, virus making greedy b******s”.

He went on and say that “the whole world is now on hold, not to mention the thousands that have suffered or died from this virus,” advising the Chinese to “go vegan”. 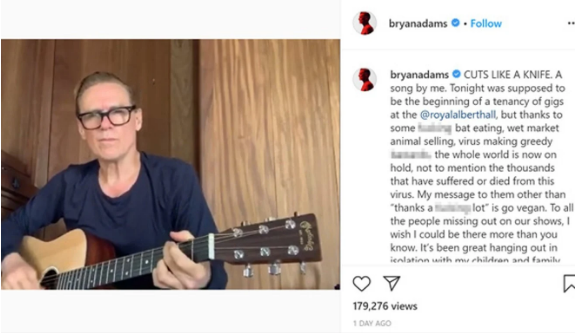 Adam currently living in London and is a vegan.

Animal rights groups agreed and commended his comment to stop eating meat, while, of course, others interpreted it as an explicit rant and racist as anti-Chinese.

“This is so irresponsible and so racist,” said Amy Go of the Chinese Canadian National Council for Social Justice.

“He’s a Canadian idol and he’s fanning the flames of anti-Chinese racism, and contributing to an increase in hateful taunts and blatant [physical] attacks on Chinese and Asian people in Canada and around the world,” she said.

Others called his comments “racist garbage”.

In his apology statement, he said: “No excuse, I just wanted to have a rant about the horrible animal cruelty in these wet markets being the possible source of the virus, and promote veganism.”

Anti-Chinese continue to rise and many violence has been linked to the coronavirus pandemic blaming Chinese people.