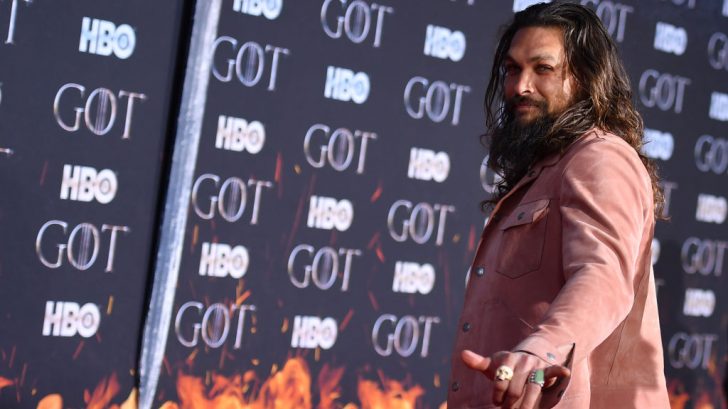 Welcome Them To The Rock ‘n Roll Tribe

Just because they’re big in Hollywood doesn’t mean they’re not humans like us. Celebrities also know how to appreciate good music and some of them are just as crazy about classic rock as the rest of us ordinary fans. They even go to concerts and other gigs!

This True Blood and Magic Mike actor apparently loves Metallica so much, he sneaked “Nothing Else Matters” into his wedding ceremony with Sofia Vergara.

Yes, the musicians could. The plan was a-go. “I’m walking down the aisle to go up to the altar to get married, and my friends are turning around giving me the devil horns. My mother turned to me and goes — ‘Oh, this song is beautiful! What is it?’ And I go, ‘It’s Metallica.'” – Joe Manganiello

He may be a funny guy but he takes his music seriously. One time, he even performed on stage with Alice Cooper complete with semi-corpse paint on his face!

This rapper actually has classic rock and metal roots. Because his father was “a heavy metal, hair band kind of guy,” he would often find himself listening to songs by AC/DC, Twisted Sister, Bruce Springsteen and Billy Idol. Post Malone even covered hits from Nirvana and Bob Dylan!

This Emmy award-winning actor admitted that he was listening to Metallica in his teens and while he still likes Misfits, he’s not too crazy about being in the mosh pit anymore.

“I got invited to [the Misfits reunion show] in L.A. a couple months ago and I’m going to be totally honest, I was like, there’s going to be moshing and I’m afraid of being caught in a mosh pit. It’s gonna get rowdy and I got three kids and I’m old and you know what? Watching them on YouTube is enough for me. I don’t have to deal with someone punching me in the face.” – Bill Hader

We may remember her in rom-coms but she was a pretty badass teen.

“I banged my head quite a bit. I liked everything from Iron Maiden to Ozzy to AC/DC.” – Cameron Diaz

Would you believe this stunner is actually a mosher? And she enjoys going to rock concerts too!

Khal Drogo or Aquaman was spotted at Metallica’s Hollywood Bowl show last 2017. He even wore a shirt that said METALLICA and he once revealed music helped him get all pumped up at the gym.

“There’s a song by Pantera called ‘Walk’ that is definitely the ‘Conan song’. A lot of old Metallica and Rage Against The Machine always helps.”

When he’s not out killing zombies, this Walking Dead star likes to attend gigs that feature Slayer, Anthrax and the like. He’s even friends with Mastodon’s Brent Hinds!

Another celebrity who’s excited to see Metallica live is Suicide Squad’s Margot Robbie who revealed that she had a “heavy metal phase” and even referred to a Slipknot show as the best concert she ever attended.

When she sang “Black Dog” in an interview, we knew she knows her classic rock pretty well. And apparently, rock has had a huge influence on her. She revealed in SiriusXM:

“I just saw IRON MAIDEN on their ‘Frontier’ tour and it totally changed my life. It was my first MAIDEN experience and I just realized in that moment in the show that that was the kind of artist I wanted to be. I didn’t want people 30 years from now coming to see my show to see if I’ve still got it. But rather I wanted them to be fully unified, fists in the air, wanna hear every song. IRON MAIDEN’s a lifestyle and those fans live and die by MAIDEN.”