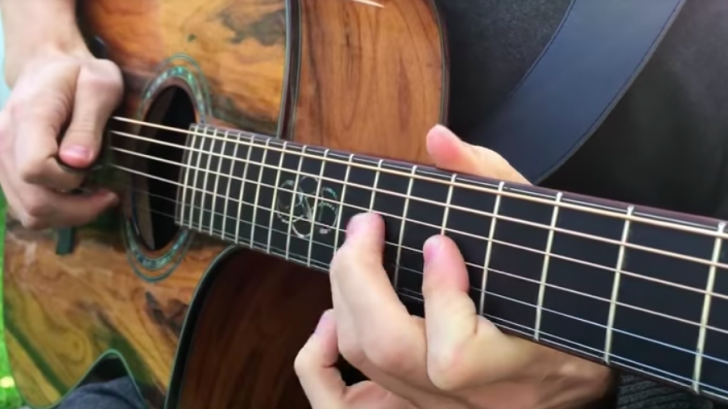 Led Zeppelin’s 1971 classic hit “Stairway To Heaven” is already a song that has a life of its own. It’s a legendary song by one of the most iconic rock bands in the history of rock and roll. It is also a go-to song for musicians to learn with it remaining to be the biggest-selling sheet music in the history of rock. That mystical arpeggio and the very recognizable intro is widely known all over the world. The song is so popular, its total estimated value is $572 million or more!  The guitar solo is especially quite a challenge to undertake, let alone do it as flawlessly as Jimmy Page has on electric guitar, and he has perfected it for decades upon decades. It really takes talent and skill to be able to pull off that solo impressively.

Well that’s where Finnish musician Juha Järvinen comes in as he excellently crushes the guitar solo part of Led Zeppelin’s “Stairway to Heaven” on his beautiful acoustic guitar. Most popularly known as “Acoustician” on YouTube, Juha covers countless classic rock guitar solos all on acoustic, and needless to say all his videos are breathtakingly good! His most successful acoustic covers include David Gilmour’s solo in “Comfortably Numb”, The Eagles’ “Hotel California”, “Sultans of Swing” by Dire Straits and “Bohemian Rhapsody” by Queen, all of which are notoriously complicated guitar solo pieces. Juha already has over 500,000 subscribers on his YouTube channel,”Acoustician”,  and has already amounted over a million views on his videos. Juha says on his channel that he takes in song requests as well.

Check out his flawless rendition of “Starway to Heaven” below: