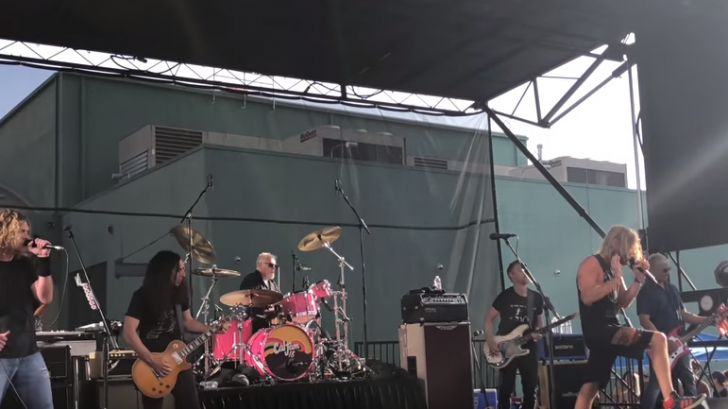 Their Take On A Classic

“Under Pressure” is the rock gods’ gift to humanity. This will be our answer in case anyone tries to say there’s no such thing as the ‘perfect song.’ And so covers from other musicians are always welcome which is why we’re totally digging this version from Chevy Metal and Foo Fighters because they invited Roger Taylor to join them!

For the record, we know it’s far from being perfect but it’s still good!

“Bowie also insisted that he and Mercury shouldn’t hear what the other had sung, swapping verses blind, which helped give the song its cut-and-paste feel.” – Mark Blake on how “Under Pressure” was created

The original version is untouchable, that’s pretty much a given. No one can ever come close to how David Bowie, Freddie Mercury and the rest of Queen performed on this masterpiece. But having Roger Taylor in this cover somehow added a little magic to the whole vibe!