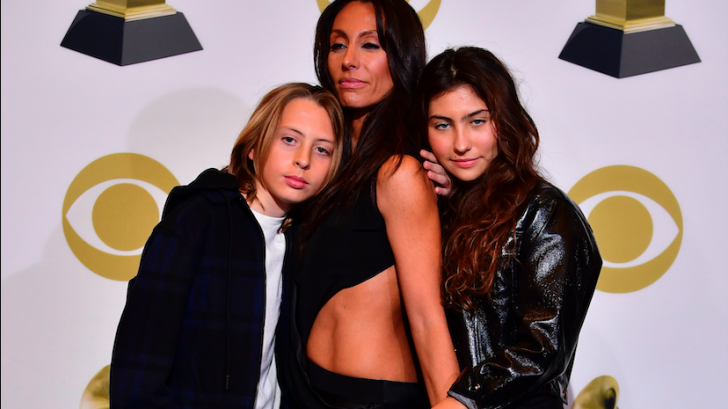 Toni Cornell (R), Christopher Cornell (L) and their mother Vicky pose in the press room as they accept the Grammy, posthumously, for their father/ husband, Chris Cornell and the Best Rock Performance 'When Bad Does Good' during the 61st Annual Grammy Awards on February 10, 2019, in Los Angeles. (Photo by FREDERIC J. BROWN / AFP) (Photo credit should read FREDERIC J. BROWN/AFP/Getty Images)

The legendary singer/ songwriter passed away in the Spring of 2018. Chris Cornell is survived by his 2 children and wife, whom were in attendance at the 2019 Grammy Awards to receive an honor on behalf of the “godfather of grunge.”  The track, “When Bad Does Good,” was a previously unreleased track that had been included in the four-disc retrospective box set, Chris Cornell. The 2018 release included 11 tracks that had not been released by Cornell.

Christopher Cornell, began the speech as he read from his cellphone, “I never thought we would be standing here without my dad. I’m sure he would be proud and honored. He was a rock icon, the Godfather of grunge and a creator of a movement. While he touched the hearts of millions, the most important thing he is known for us is for being the greatest father and our hero. “

The heartbreaking speech touched on every person who heard it. Whether as a parent, a child, or a fan of Chris Cornell, the words that the Cornell children spoke were haunting and surreal. Toni Cornell, Chris’s daughter, continued the speech:

“His voice was his vision and his music was his peace … thank you to our mom – his love, his muse and his savior who continues to carry out our father’s legacy … this is for you, daddy.”

The Cornell children exemplified grace under pressure and immense bravery for their speeches to their father. The singers wife, Vicky had stated to Rolling Stone, “Since Chris’ sudden passing I have put all my efforts and energy into sharing his music and legacy with his fans from all over the world.”