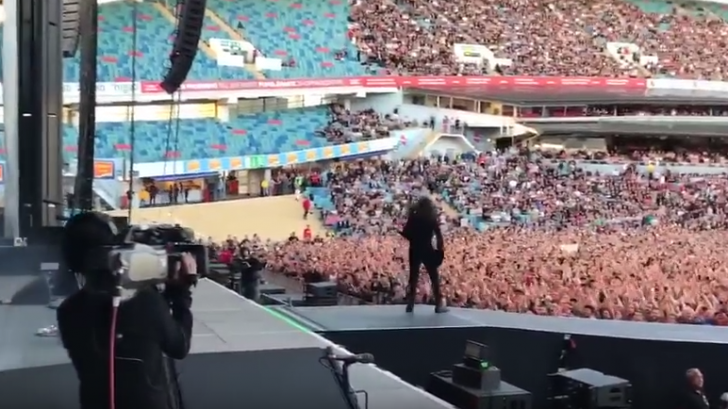 Remember when Dave Grohl jumped on a stage during a performance in Gothenberg, Sweden and he ended up falling into the pit and breaking his leg? Who would forget that? Because not only did he go back to finish the show, he even continued touring while looking cool in his now-famous guitar throne.

And so during their stop in the same city last June 5, the boys decided to have extra fun and pull a prank on their audience. They opened their concert at the Ullevi Stadium with a guy dressed up as Grohl and guess what, he “fell” off the stage. Of course everyone probably had a mini heart attack because they thought it happened again. But apparently, everything’s well and good because the guy’s a stunt man.

Before the crowd could react, the real Dave Grohl quickly went onstage to basically let the people know it was nothing more than a ruse. Check out the video and you might even be fooled too!