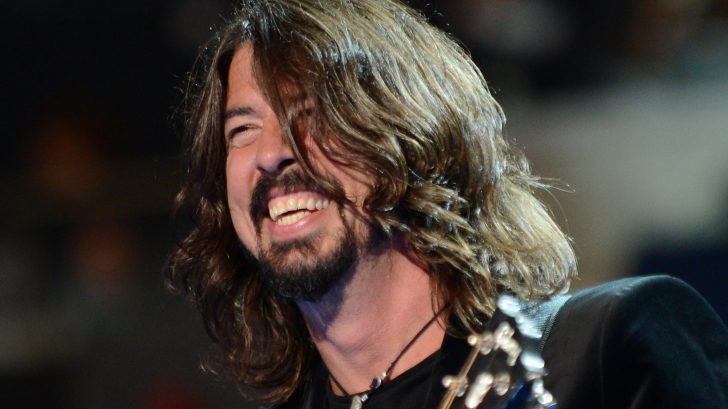 In Grohl’s  ‘Dave’s True Stories’, the musician presented us with the title “Entering Valhalla” his experiences up to the point of meeting McCartney and Starr in 2002.

“The line-up was a virtual Rock and Roll Hall of Fame dream come true,” Grohl wrote on his blog, Dave’s True Stories. “And all under the same roof to pay tribute to my favorite Beatle! These musical giants were not only the soundtrack of my life, but many of the gods that I had bowed to ever since I picked up a guitar. In my mind, this was Valhalla.”

The story first deals with how Dhani Harrison (son of the late George Harrison) approaches Grohl after his concert. He asks him to be part of the tribute to his father. The tribute was held at the Royal Albert Hall on November 22. That day personalities like Eric Clapton, Tom Petty and The Heartbreakers, Ravi Shankar, Jeff Lynne of ELO, McCartney and Starr attended.

“If there was ever an instance where a human being actually levitated, I do believe that my feet literally lifted off the ground in bewildered excitement in this unimaginable moment,” Grohl wrote.

“I’m sure that Dhani had no idea how momentous this gesture was to me. But it felt like I was being granted a lifelong wish… To be included in such a monumental affair felt like my life’s greatest reward up until that point, so every waking moment was spent awaiting its arrival.

“Of all the places my crooked musical path had taken me up until this point, this would undoubtedly prove to be a memory I would cherish forever.”

Upon arriving at the Royal Albert Hall for the show, Grohl and his group were mesmerized by what they saw: “This was no longer a concert hall this was a temple,” Grohl wrote.

Grohl remembers being taken backstage, to their VIP room he saw Ravi Shankar and The Beatles’ ex-producer, George Martin, and they couldn’t believe that they were part of the show: “This was rock and roll ground zero. We had arrived,” Grohl wrote.

And then when he saw Paul, he was like a magical event:

“I noticed Paul McCartney out of the corner of my eye, chatting away with friends, and I couldn’t help but stare. There. He. Was.”

Then, Grohl tried to stop his eyes, but “it was no use. I was mesmerized.”

However someone approached him and told him that Paul wanted to actually meet him. Grohl was shocked. “My heart doubled its tempo, the lights seemed to dim in a bizarre, twilight tunnel fashion,” he continued.

Grohl, had unclear recollection of how their meeting went.

“What happened next will forever remain a blur,” Grohl wrote. “I don’t recall exactly how Paul and I were introduced, what was said, or how long we talked, but I do remember putting on my best ‘this is not the most incredible thing ever to happen to me’ face while trying to keep from making a fool of myself.

“I think I may have tried the ‘So, are you guys on tour at the moment?’ line, but who knows. I was beside myself, having an out of body experience, living a moment that will surely be revisited in my final hours. I would not be standing there that night, much less writing this today, if it weren’t for this man.

Grohl hazily returned to his hotel room that night. The first thing he did was call his mother. She was the only person he knew would understand what he was feeling at that moment. “She cried tears of joy, knowing that all my years of struggle and faith had led to this profound, life changing night,” Grohl wrote.

Grohl and Paul’s first meeting was definitely fruitful and both have remained friends. During Foo Fighter’s induction into the Rock & Roll Hall of Fame in 2021 it was Paul who inducted them. Grohl and Paul are family friends now.