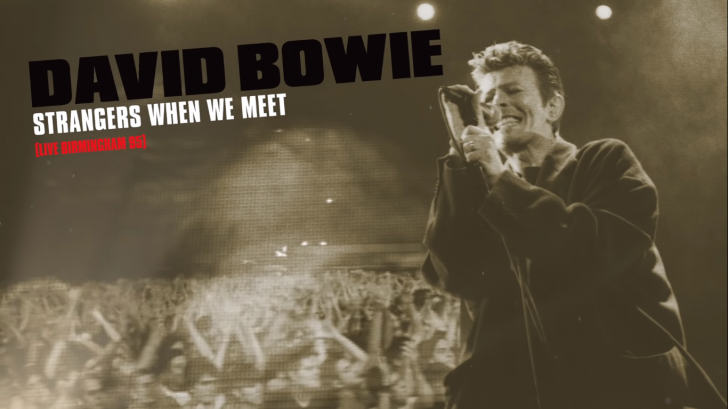 David Bowie’s organization streamed an audio performance of his 1993 gem, “Strangers When We Meet”, from a recently-issued 1995 concert in Birmingham, UK.

Bowie re-recorded the tune from “The Buddha Of Suburbia” soundtrack for his 19th record, “Outside”, and presented it on the set’s associate tour – as taken on “No Trendy Réchauffé (Live Birmingham 95).”

The performance saw the final show of the Outside tour and was the opening night of a five-night celebration advertised as “The Big Twix Mix Show.”

The series – which marks records published independently, on vinyl and CD – was begun with the October 30 announcement of “Ouvrez Le Chien (Live Dallas 95)”.