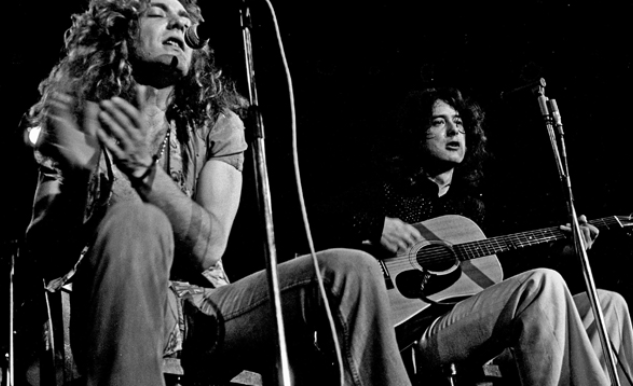 “I don’t think that the whites have stole the licks or anything of the sort. I don’t know anybody that plays that hasn’t borrowed something from somebody,”

The legendary song “Stairway to Heaven” by one of the most iconic rock bands in the history of rock and roll, Led Zeppelin, has always been regarded as part of the topmost rock songs of all time. This is the go-to song for musicians to learn with it remaining to be the biggest-selling sheet music in the history of rock. That mystical arpeggio and the very recognizable intro is widely known all over the world. The song is so popular, its total estimated value is $572 million or more! That’s a LOT of money.   With these many accolades and recognition for a song, what could possibly go wrong? Well, it’s accused of plagiarism. Plagiarism loosely defined is copying another’s work and passing it off as one’s own. Yep, one of the greatest rock anthems of all time may not have been an original Zep creation. The claim to the opening notes of the song being ‘stolen’ is so strong, that it went to court.

See, the famous intro of “Stairway to Heaven” sounds eerily identical to the intro of the song “Taurus” by Spirit.

“Taurus” was released in 1968, three years before “Stairway to Heaven” came out. Randy California, singer of Spirit, and Jimmy Page of Led Zeppelin toured together in early 1968 until 1969. Randy California was just 16 years old when he formed Spirit and there is no record of him demanding for royalties for his songs even up to his death in 1997. That’s when things took a mad turn. The estate of Randy California filed a lawsuit against Led Zeppelin after his death in 1997 for taking the intro from “Taurus” and making it part of “Stairway to Heaven” then gaining millions of profit and recognition for it.

The chord progression of the introduction of both songs are claimed to sound awfully familiar. Take a listen here:

The intros have the same descending run in the beginning that resolves on a minor chord. One could argue it is a well-used chord sequence among rock ballads in the 60s and 70s and does not warrant an accusation of theft. Another argument is that the songs totally diverge after the intro and are fully different songs as a whole.

In June 2016, the judge for the case cleared Led Zeppelin of plagiarism and stating that the riff Led Zeppelin was accused of taking from Spirit’s 1967 song Taurus “was not intrinsically similar” to Stairway’s opening. The jury has found that Led Zeppelin did not, in fact, copy the opening chords of Stairway to Heaven from Spirit.

Jimmy Page and Robert Plant said they were grateful to “put to rest questions about [its] origins… confirming what we have known for 45 years”.