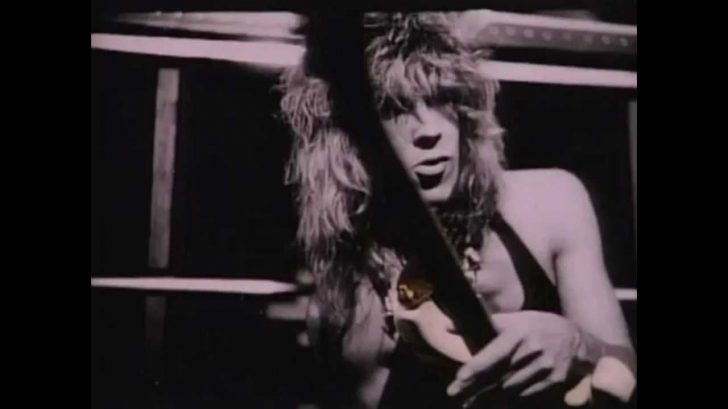 During an appearance on the “Appetite For Destortion” podcast, legendary guitarist George Lynch was asked regarding the impact the death of Eddie Van Halen had on him – explaining that “a lot of people thought he wasn’t that nice of a person.”

“Yeah, that hit me personally very hard, and every guitar player I know pretty much kind of felt the same way. As we get older, obviously, we’re seeing people go away and pass, and that’s just normal, of course, and we’ve seen a lot of that, so that’s pretty profound,” he responded.

He continued: “I mean, David Bowie, I mean, George Michael, all these people – Prince – these giants – Tom Petty – all at once it seemed like.”

“Eddie was on another level because, obviously, we’re a little closer as far as what we do, and we kind of came up through the same place at the same time and had some connections, so that’s why it was more profound I think, and I learned a lot from him, and I based a lot of my style on him.”

“Even though we were compatriots in a way, he was way beyond me, so I lifted a lot of stuff from him and got inspired by him, as we all did. He’s a Southern California guy, and we were like kind of neighbors and played the same clubs and played on the same stages together and hung out, did Monsters of Rock…”

“So yeah, that was a pretty tough one. It hits close to home too I think for us when our friends and stuff start disappearing because it’s a lonelier place after that.”

Lynch also discussed the Guns N’ Roses, Axl Rose, and more during his appearance on the podcast with Ian Scotto.