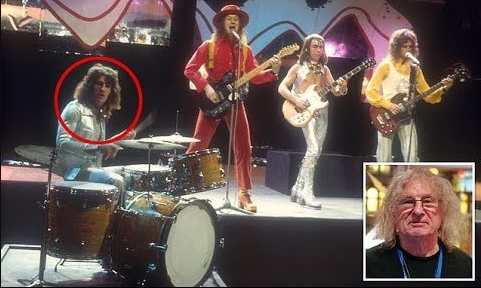 Don Powell — Slade drummer — announced that he has been recently fired from the group, and claims he received notice via email. Don Powell’s departure leaves guitarist Dave Hill as the only original member remaining in the band.

“It is with great sadness and regret that Don needs to inform his fans that he now is no longer a member of Dave Hill’s Slade,” reads a message posted to Powell’s website. “Dave has sent Don a cold email to inform him that his services are no longer required, after working together and being friends since 1963.”

Hill response was posted on the official Slade Facebook page — denying some of Powell’s details.

“Our parting of the ways has not come out of the blue, and his announcement is not accurate,” the message reads.

Statement:I am sad to announce that Don and I will no longer be working together our parting of the ways has not come…

Posted by The Official Slade page on Tuesday, February 4, 2020

“We will post more news about the recruited members in due course,” the message explained. “Don so looks forward to going on the road and seeing all the fans again.”

The post also indicated that Powell is currently working on his debut solo album.