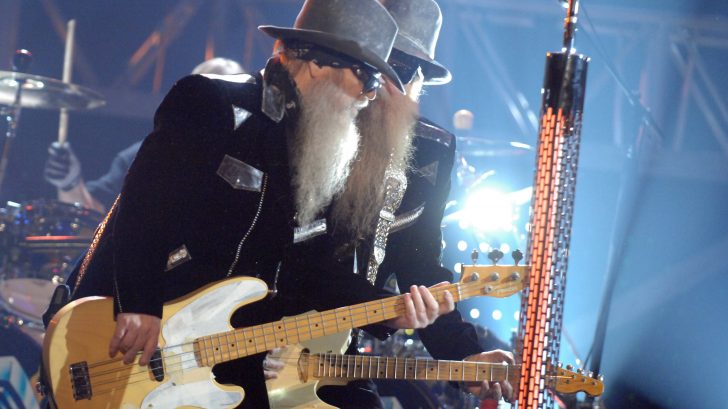 In a Facebook post on Wednesday, guitarist Billy Gibbons and drummer Frank Beard said Hill died in his sleep. They did not give a cause of death, but a July 21 post on the band’s website said Hill was “on a little detour back to Texas, to address a fashion issue.” At the time, the band said their longtime guitar tech, Elwood Francis, would replace bass, slide guitar, and harmonica.

And in regards to ZZ Top’s studio work, Gibbons said Variety on July 29 that “just within the last couple of months, we were reviewing a couple of the rough tracks that were starting to come together from the sessions that we were conducting just a few months ago.”

The songs featuring Hill’s voice are there, though they “require some completion,” the ZZ Top founder revealed. “I think the luck of the draw was, I handed Dusty a couple of lyric sheets, and I said, ‘Hey, see if you can make heads or tails out of this,'” Gibbons recalled. “He said, ‘Can I sing it?’ I said, ‘Dusty, you could sing the calendar if you wanted to — people would love it.’ He goes, ‘Hey, that’s not a bad idea. If we ever get back to go to work, can we add the calendar into the show? I know all the words.’ I said, ‘Get in there. Go sing.’ So, yeah, we’ve got a couple of things [with Dusty singing lead] that’ll make sense.”

ZZ Top was inducted into the Rock and Roll Hall of Fame in 2004, presented by Rolling Stones guitarist Keith Richards.