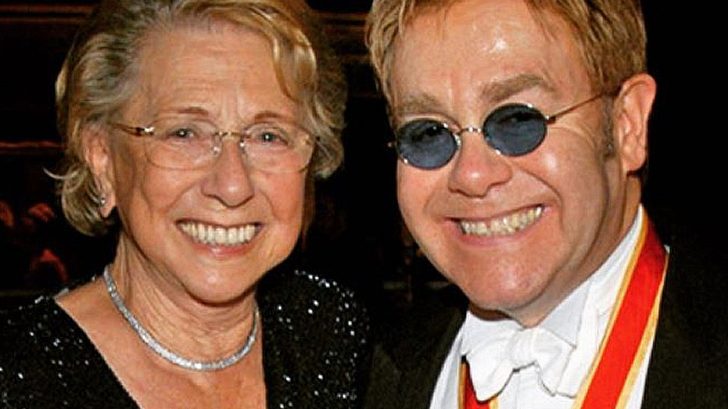 Just one day after his mother’s death last year at the age of 92, Elton John returned to the stage for a show in Hamburg, Germany. Still visibly struggling with the idea that for the first time in 70 years he lives in a world without his mother in it, John shared the news with the crowd, revealing that Ms. Farebrother ‘passed away peacefully and in no pain,’ and despite being 92, “maybe sooner than she should have,” said John. “And so I was quite shocked.”

In honor of his mother and the bond they shared, John dusted off well loved favorite “Your Song” – a song that he and Bernie Taupin wrote together at his mother’s apartment, and holds special meaning to John more than 40 years later. As John let the audience into one of the most precious, private parts of his life, there wasn’t a dry eye in the audience – especially after learning exactly what “Your Song” means to the 70-year-old singer-songwriter.

So sad to say that my mother passed away this morning. I only saw her last Monday and I am in shock. Travel safe Mum. Thank-you for everything. I will miss you so much. Love, Elton

“This next song I wrote at her house, or apartment, and I can remember every single minute of writing this song with Bernie,” he continued. “So, this is the song I want to dedicate to her. It’s taken me from nowhere to somewhere, so thank you, Mom.”

John took to social media to break the news, expressing his shock at his mother’s death; they’d only seen each other last Monday, and judging by the tone of John’s statement it’s safe to surmise that there was no indication that anything was wrong with his mother when he saw her last.

Ms. Farebrother’s death is made even more crushing by the fact that mother and son had only recently mended their relationship, becoming close again in 2015 after ending an eight year feud that stemmed from Elton’s insistence that his mother cut all ties with former members of his entourage. It was on his mother’s 90th birthday two years ago that Elton reached out for the first time since 2008, sending her a large bouquet of white orchids with a note that read, ‘Wow, 90! Congratulations. Love Elton, David, Zachary and Elijah.’

Our hearts go out to Elton during this difficult time, and we hope that he’s comforted by the knowledge that he and his mother had the chance to reconcile before it was too late – a luxury that time sadly doesn’t afford to many.