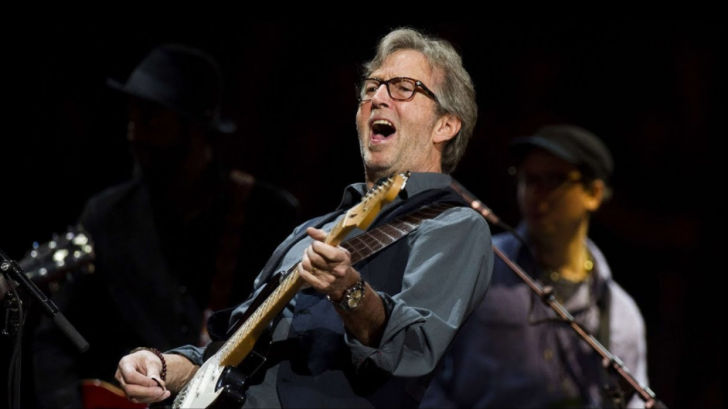 “I remember hearing ‘Hey Jude’ by Wilson Pickett. Then calling either Ahmet Ertegun or Tom Dowd and saying, ‘Who’s that guitar player? I just filed it away. To this day, I’ve never heard better rock guitar playing on an R&B record. It’s the best.” He then invited Allman to play on Derek & The Dominos album.

Eric Clapton used to name Muddy Waters his father. He invited him as a “special guest star” on his 1979 stadium tour. Muddy’s last public show was a walk-on at a Clapton concert in Miami.

During an interview with Music Radar Clapton discussed concerning Robert Johnson‘s legacy: “When I first listened to him I was completely overwhelmed by his vulnerability. What struck me more than anything else was how in touch with his feelings he was. That is something that’s taken for granted today – there are so many different ways these days to get in touch with your feelings. Either through therapy or support groups. But back in the early sixties, when I first heard him, the culture in England and the US was much more repressed.”

Jimi Hendrix performed with Cream at Regent Street Polytechnic’s gig. Clapton wrote in his autobiography about this event: “Everyone was gobsmacked. I remember thinking that here was a force to be reckoned with. It scared me because he was clearly going to be a huge star, and just as we were finding our own speed, here was the real thing.”

In 2016 when Prince passed, Eric Clapton honored the guitarist and singer, saying: “I’m so sad about the death of Prince,” he wrote. “He was a true genius, and a huge inspiration for me, in a very real way..In the the eighties, I was out on the road in a massive downward spiral with drink and drugs, I saw Purple Rain in a cinema in Canada, I had no idea who he was. So it was like a bolt of lightning! In the middle of my depression, and the dreadful state of the music culture at that time it gave me hope, he was like a light in the darkness.”