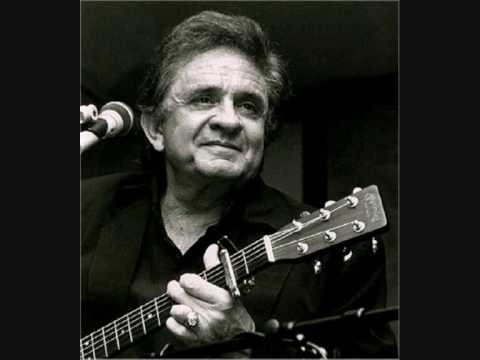 Johnny Cash was never very funny about being known by a diminutive. It was Sam Phillips, founder of Sun Records and discoverer of rock and roll giants like Elvis Presley, Jerry Lee Lewis, or Cash himself, who christened him “Johnny.”

His second wife and true love of his life, June Carter, always called him John. His family, J.R. That simple John Ray Cash was born in Kingsland, Arkansas, on February 26, 1932 – precisely today he would have turned 80. He was the fourth of seven siblings in a family deeply affected by that great economic crisis prior to World War II known as the Great Depression. From a very young age, he was forced to work in the cotton fields, hauling water for work crews for more than ten hours a day.

The economic hardships of his family, whose farm was flooded up to twice, would inspire many of the lyrics of his songs years later, but it was the sudden death of his brother Jack, buffeted by a circular saw, which would forever mark his character.

A photograph that has been making the rounds on the internet displays a waterfall in Sligo, Ireland. The image is so incredible that it was even aired on the local radio show.

This is a frozen waterfall near my home in Sligo – does anyone else see Johnny Cash in it? ?

In a documentary by RTE – Ireland’s National Public Service Media, John Carter Cash, the son of the legend, talks about how his father was moved during his visit,

“He got there, he saw how beautiful it was, he saw the history that was right there to be seen and he was connected, of course, by blood, my father has Irish blood, but by heart and by the love for a beautiful, beautiful place and a fine, kind people.”

The documentary also highlights archive footage of Cash from 1990 speaking about the importance behind “40 Shades of Green,”

“I was in a car with a road map of Ireland in my lap rhyming the names, the names in Ireland just beg to be sung anyway. To get the title, I guess I just looked out the window and there they were, the 40 Shades of Green.”