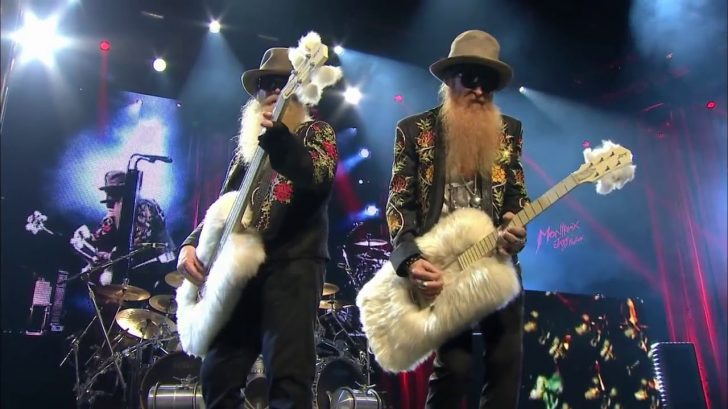 Formed in Houston (Texas) in 1970, and integrated by Frank Beard (drums), Billy Gibbons (voice and guitar), and Dusty Hill (bass, voice, and keyboards). It is perhaps the oldest trio in the history of rock’n’roll, and its members have earned a deserved place of honor in that history as a “blues band of the space age”.

Like the state of Texas, where they come from, ZZ Top combines rural primitivism and urban image in such a way that they have given rise to a perfect synthesis between provincial rock’n’roll and high technology. When Forbes magazine published the list of the world’s highest-earning entertainment celebrities in the late 1980s, only one rock group, U2, ranked above ZZ Top among those who had amassed the highest fortunes.

Yet they have curiously managed to stay away from the high-society rock’n’roll circus, and also remain immune to the “messiah of rock” syndrome that usually plagues other artists of their stature. In nearly thirty years they’ve toured the globe, though they’ve never been far from their base in the American South for long, and someone’s description of them when they started out, “that little old band from Texas,” even today it fits them like a glove.

In 1983, “Legs” appeared on the ZZ Top Eliminator Album. Billy Gibbons, Dusty Hill, and Frank Beard wrote the song. In 1984, “Legs” also became a single and peaked at number 8 on the Billboard Hot 100 list. Over the years, ZZ Top has made several trips to Montreux, and this show from the 2013 Festival is without a doubt one of their best live performances. Keep going for the video below: