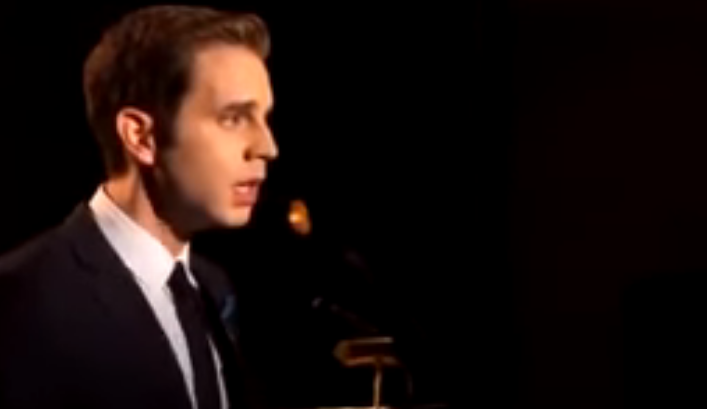 The protagonist of the hit Netflix series “The Politician” hides many talents beyond acting. Ben Platt is the quintessential 360 actor. At only 26 years old he sings, composes, and performs.

There is no art that escapes this young New York actor who in 2017 won the highest recognition in musical theater, a Tony Award for Best Actor for the musical ‘Dear Even Hansen’.

Ben Platt is a name you don’t want to lose sight of for the next few months. Famous for years for his appearances on Broadway, he has made the leap to the general public by becoming the protagonist of the Ryan Murphy series on Netflix. You may also be familiar with his role in the “Pitching the Note” trilogy where he plays Benji. Sponsored by his father, ‘La La Land’ producer Marc Platt, it is clear that good taste in music runs in the family.

Between the success of his musical in 2017 and the Netflix series, Platt has released an excellent album called ‘Sing to me instead’ that has more than 13 compositions in which he sings about his point of view of love, life, and youth.

Music is always important in Ryan Murphy’s series, and The Politician could not be an exception. Although in the end, it is not the musical comedy that was said in the beginning, there are some songs that have great relevance in their episodes.

But of course, River, by Joni Mitchell, which Ben Platt sings in the first one is one of them. You can listen to the tear-jerker performance of Platt to Mitchell’s iconic song below: