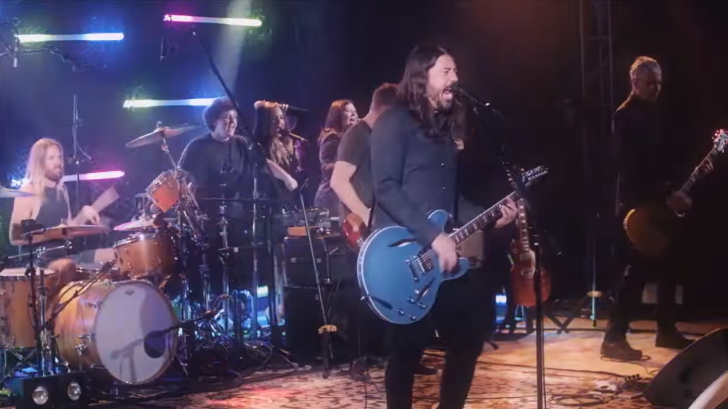 Recently the rock band Foo Fighters released the new album Hail Satin on the occasion of Record Store Day. The group created this cover material under the pseudonym Dee Gees, with which they refer to the Bee Gees, a group that became famous in the seventies.

The album was originally planned to be released as vinyl, however, the band decided to release it on streaming so that it could be available to all fans immediately.

The 10 songs that make up the album are divided into two stages: the first 5 are covered songs, four of them by the Bee Gees: You Should Be Dancing, Night Fever, Tragedy and More Than a Woman, and an interpretation of Shadow Dancing by Andy Gibb.

On the other hand, the last five tracks are live versions of songs that belong to the Medicine at Midnight album, which was released by the band in early 2021.

At the beginning of this year, the group led by Foo Fighters launches the new album ‘Hail Satin’, they covered the song You Should Be Dancing for the BBC Radio 2 Sofa Sessions broadcast, where the singer told how the idea came about to sing these songs from the legendary band of the seventies.

Keep going for the video below Foo Fighters performing ‘You Should Be Dancing by the Bee Gees: