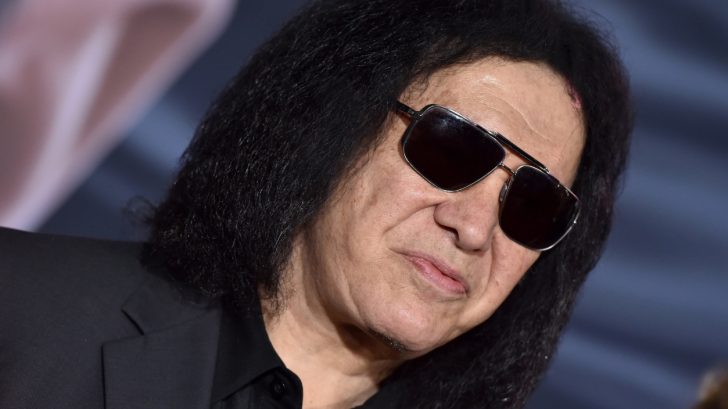 This Is Such A Beautiful Story

If you know anything about legendary KISS bassist/co-founder Gene Simmons, you’ll know that he is a very fervent advocate for living an alcohol and drug free lifestyle. For pretty much as long as he’s been famous it’s what he and partner in crime Paul Stanley have been known for aside from rock & roll. Gene has often claimed that it’s one of the keys to his success.

But what you may not know is just where this philosophy of living a straight-edge lifestyle originates from. It’s probably not what you think…

During a recent interview with Los Angeles Times, Gene actually revealed the main reason he doesn’t drink, smoke, or do drugs. It’s actually a heartwarming point of view. Here is what he had to say…

“I’m my mother’s only child. I was concerned I had no right to harm my mother. Life did that enough.”

“I literally never drink. Privately or publicly. I simply don’t like the taste or the smell of anything with alcohol in it. I have never been drunk in my life and have never taken more than a sip of anything, and hated it every time. I will toast just to be social, but that’s it.”

“Life is a race and we’re in constant competition. You and I are lined up along with 10 other guys, do you think you’ll do better than the guy who is a little tipsy? Because the alcohol is not going to help him. … If you stand still, you’re losing. We have to be like sharks. Either you move through the water or you drown.”

Gene has often referred to his mother as the most influential person in his life. As a young boy who escaped Nazi Germany with his mother, he is the personification of the American dream and he attributes it all to his mother Flora.

Flora Klein passed away at the age of 93 just this past December. Gene posted a loving tribute to his mother via Instagram.

I lost my Mother. My mentor. My moral compass. And I am heartbroken. 😞 My Mother, Flora Klein passed away at 93 years of age. No illness. No pain. She simply quietly, went to sleep. My Mother will always be in my thoughts and in my heart. Today. And Forever. And I would urge all of you, to run over, put your arms around your mother, kiss her and tell her how much you love her. Do this every day!