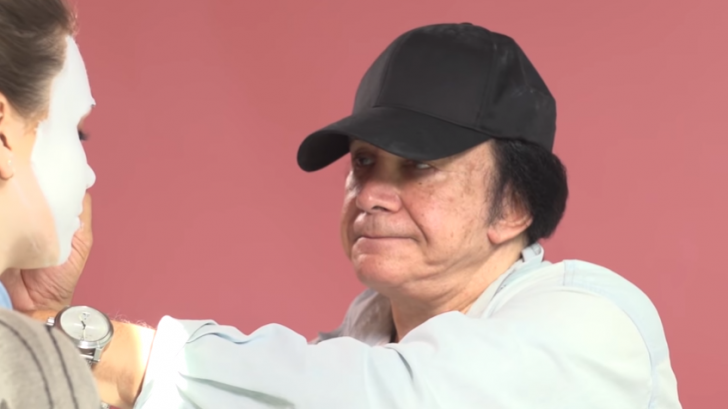 The bassist and co-leader of the rock band participated in a didactic video in which he gives tips to achieve the iconic face of the musicians. Along with his daughter Sophie Tweed Simmons, the man from “I Was Made For Loving You” shows off his makeup skills.

It was on January 30, 1973, that Kiss, the men of glam-rock with their boots, quirky suits, and black and white makeup; they did their first live show.

The place was a small pub in Queen, New York, called Popcorn – now called The Coventry. As detailed by the same band in an Instagram memory, they played two sets for an audience of less than 10 people.

For young people in simple outfits and without much recognition, it was also the night they identified with their iconic makeup.

In 2014, Cosmopolitan invited musician Gene Simmons and his daughter Sophie to participate in a makeup tutorial. In the 14-minute video, takes the paint and brush to paint his daughter’s face in the style of Kiss.

Simmons begins with white clown paint adding that it can be found at any Halloween store. Amid Sophie’s giggles, he applies makeup all over her face.

Then he marks the profile of the face from in front of the ears and below the chin, and with a handkerchief, he wipes the paint that protrudes from the boundary. Next, with black eyeliner, he draws the figure to be painted, in this case, his demon design, which he marks with dots.

Once the drawing is done, join the points in continuous lines with the eyeliner, and with a cotton swab, remove the white paint from the areas that should be black. Finally, with a brush and black paint, paint the luck of the demon ‘mask’ and conclude with black lips.

You can watch the entire procedure below: