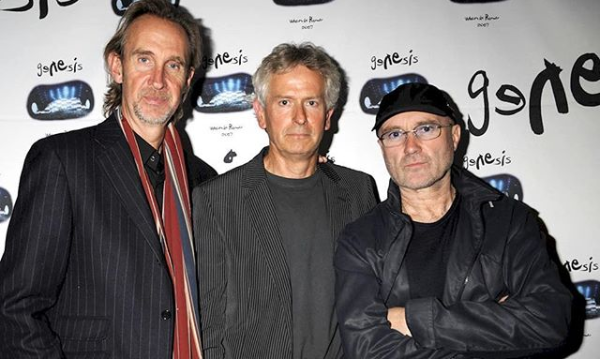 The trio were spotted watching the New York Knicks game against the Los Angeles Lakers at their home court, with Genesis News posting the sighting on their website.

Rutherford and Banks were spotted sitting together when the regular in-game video segment highlighted them, while Collins was separated from them.

Does this mean that these guys are planning to do a reunion? Or they were just there, celebrating in advance their former bandmate, and long-time friend, Phil Collins in celebration of his 69th birthday which comes on January 30. What do you think?

Last year’s summer, Rutherford joined Collins onstage performing at the Berlin’s Olympiastadion and played the 1978 track Follow You Follow Me, which appeared on the album …And Then There Were Three….

That show was the first time they have paired together since Genesis’ The Turn It On Again Tour in 2007.

In 2016, Collins reflected on his “special” working relationship with both, by saying he would never rule out working them again at some point in the future. He shared with Prog:

“Doing the book Not Dead Yet, I was reminded just what good friends we are. What I will say is that I consider what we had was pretty special.

“That is pretty special, to have a relationship with guys that can do that. So I wouldn’t rule it out.”