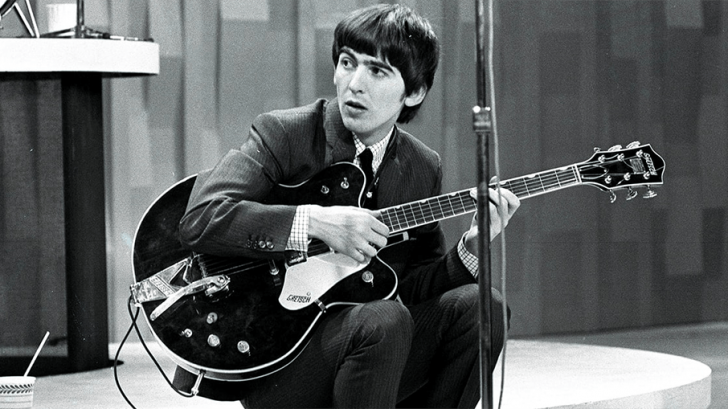 People knew him as private and moody — not much of a John Lennon type of guy; hence given the nickname as the “Quiet Beatle”. In interviews at times, George is not very communicative. Dick Cavett even considered him one of his worst guests. People described him as rude, frank, witty, and sarcastic.

Anyhow, George was just a human being like the rest of us. He sometimes had his good and bad days. Of course, I get it, Paul, Lennon, and Ringo had this warmth affection towards the public. But George never wanted something like that. He never wanted people constantly pressing and wanting something from him.

Regardless of those negative things (we all have one), I still believe George Harrison was the coolest and the best amongst The Beatles. He may be witty, but he was true! The guy had an incredible life. Well, of course, they all did, but specifically, George had an amazing run and a better one. Playing for the Beatles when you were just 17… I mean 17 years of age, — that’s quite of an achievement. When I was at that age, I was just wanking it and minding my own business. — He got extremely famous when he was in his early 20s and traveled around the world, seeing incredible places by the time he was 23. And at age 24, he got to record one of the greatest albums in the history of music, “Sgt. Pepper.” The life that George Harrison had lived was an outrageous one, by the time the Beatles disbanded or broke up, George was only 26, and most people with that age are just getting started.

One more consideration why he was cool is that he was a natural follower. To put it more into perspective, George was named as the “Quiet Beatle” mainly because it was a positive thing for the group as a whole. You don’t want too many leaders, and too few followers in a group, right? He knew exactly his place, — for the sake of the group.

George was the first one to “quit,” unfortunately. For exact reasons: like he wanted more inputs, and got sick of just being a shadow. But the big EGOS got in the way — they could not stand creative ideas and talent – when that was the only way to keep them running.

Well, despite all that, George was still the much-loved Beatles and proved himself that he was something more than he originally showed. The rest of the group should have thanked him because when he chose to remain as the “Quiet Beatle” during their existence, it had helped the Beatles go on and became more successful.