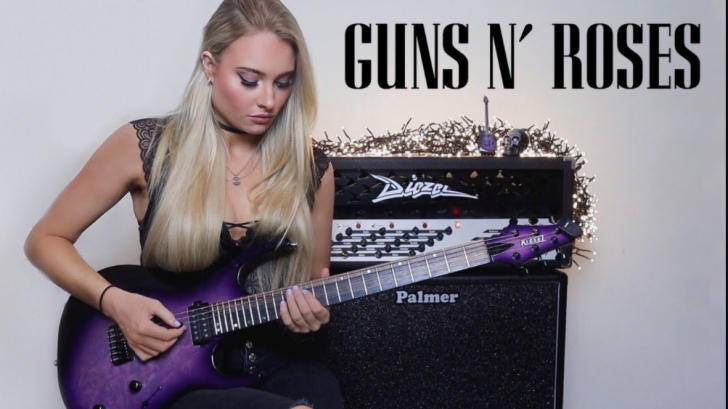 Released on July 21, the Guns N Roses album Appetite for destruction became a symbol of 80s rock. Particularly, one of their singles would become the world-famous song of all time.

Sweet Child O Mine, the song that has been covered ad nauseam and in the most ridiculous ways imaginable. Which has also been used for soundtracks of many films and as a critical piece in the learning of any guitarist.

Sophie Lloyd is one such case. Blonde, beautiful, and extremely fast on the guitar, she became a celebrity on YouTube juggling the guitar as if she were drinking coffee, drawing the attention of the guitar world.

A rock and metal guitarist from London possesses undeniable talent and passion for the guitar who shred her way with her Sweet Child O’ Mine guitar cover.

She is a fryer, but also shows an absurd feeling in some versions of rock classics, with a bluesy way of playing and great taste in solos.

Impressive this woman is. It’s been a long time since anyone made us enjoy music so much.