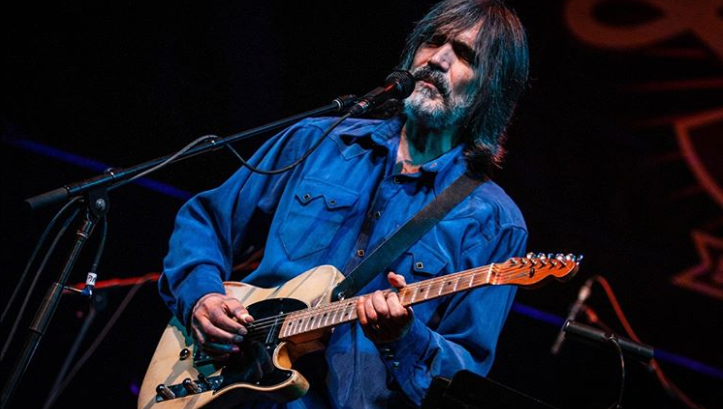 “I’ve Been Struggling to Stay Alive”

“This thing has been a beast. It’s going to be a while before I begin to have equilibrium here. But I’m on the mend.”

News of Campbells’ testing positive for coronavirus broke on March 24, his wife and musical partner Teresa Williams announced it telling fans, “he’s sicker than he’s ever been in his life.”

After sharing that the musician tested positive for the infectious disease in the parking lot of his physician’s office, “a woman in a Hazmat suit came out and gave me the test”

“I’ve had the flu plenty of times but it’s never gotten this debilitating. My temperature fluctuated between 100 and just over 101. It went to 102 at one point. There were days when the effort just to get up and walk to the couch I’d been laying on all day – just to get into the kitchen to force myself to eat something — was monumental. Then trying to walk up the stairs to the bedroom at night and not being able to sleep because of headaches and fever…. For the past two weeks, I’ve been struggling to stay alive. It really is that serious. That makes you reassess what you’re doing here. I haven’t been able to touch or hold Teresa, or even look at her, this whole time. We’ve been on the phone constantly. It makes me see how valuable our relationship is.”