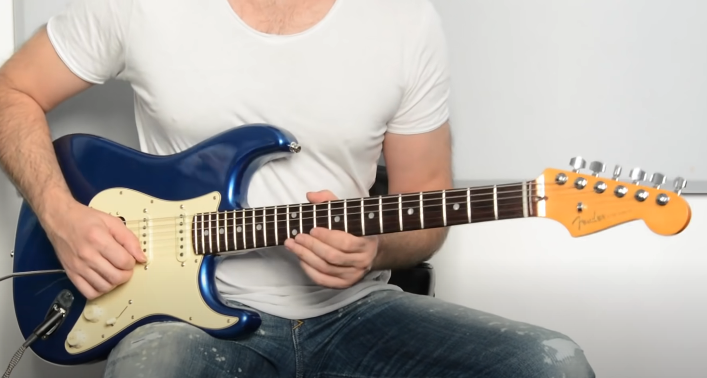 A guitarist named Kfir Ochaion did a cover of Comfortably Numb…. However, it’s a ten-minute guitar solo on a Fender Stratocaster Ultra.

Utterly incredible cover! What a way to take a huge guitar solo and run with it! I’m sure David Gilmour would take a step back and exclaim, “DAMN!” Creativity that stays loyal to the original shape and spirit. That is pure artistry in action. And to be able to play something so difficult and make it appear so easy is definitely a gift from God.

The song was made when Gilmour was preparing material for a solo album in 1977, he came up with the idea for “Comfortably Numb.” He provided the foundation of an unfinished song to Pink Floyd’s The Wall sessions. He and Waters worked on the track together, with Waters writing the lyrics. The Wall’s plot revolves around an estranged rock star dubbed Pink, who is a barely disguised representation of Waters himself, who’d already grown dissatisfied with the group’s increasing disconnect from their fans.

The song rapidly became a crowd-pleaser. Gilmour would materialize out of the shadows on top of a 35-foot wall when Floyd toured The Wall.

Gilmour’s two guitar solos in the track were pieced together at the mixing console by patching together the best of multiple takes. The song’s strength stems from the difference between both the verses and choruses (which are in different keys), as well as Gilmour’s poetic solos. It’s all about the build-up and discharge of emotion.