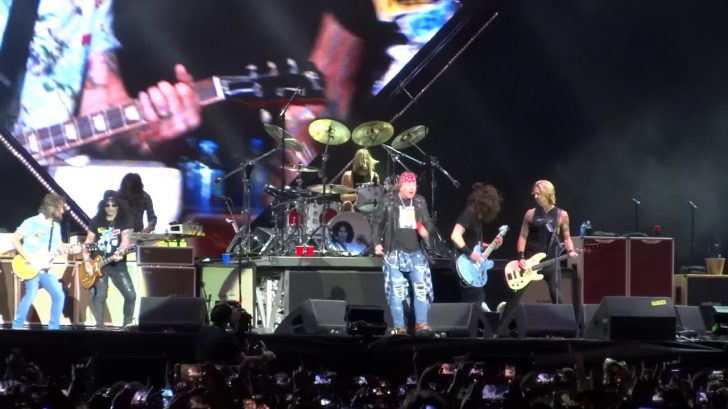 What’s better than a scorching number from Foo Fighters? When Guns ‘n Roses shares the stage with them!

During the former’s set at this year’s Firenze Rock Festival in Florence, Italy where they headlined the event, they gave the audience a massive surprise when they called GnR to the stage and performed the latter’s track from “Appetite for Destruction” – the classic “It’s So Easy.”

From the looks of it, it seems like a collaboration COULD happen especially since both legendary bands already hooked up several times – like when Dave Grohl let Axl Rose borrow his now-famous guitar throne and when Grohl joined a GnR number in Tulsa, Oklahoma where he performed “Paradise City.”

Both groups are currently in Europe because of their respective tours. And this Friday, GnR will be the one to headline the Firenze Rocks Festival. Do they also have another surprise for us? We’ll see!