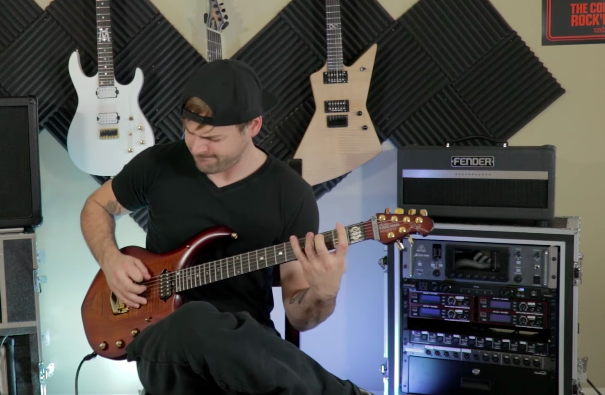 Metal music YouTuber Jared Dines took his finger scale exercises to a whole new level. The 28-year old YouTube musician who has over 1.7 million subscribers to his channel, played the riff from Ozzy Osbourne’s classic hit, “Crazy Train” and played over and over again, but at every repeat, he increases the speed by 1 bpm. He sets his metronome at 130 bpm when he began the endless speeding riff-loop, and as the speed gradually increased, it looks like it was also taking a toll on him, making him pause out of exhaustion at the 5:09 mark of the video.

The Washington native resumed his guitar stunt and made it to playing the same riff up to 300 bpm. The act clearly wore him out.

A little more about Dines, he became the lead singer of the band Dissimulator and was the drummer for the rock group Rest, Repose. His first video on YouTube was of his band They Charge Like Warriors, in which he was a guitarist and vocalist.

Watch his Crazy feat below: