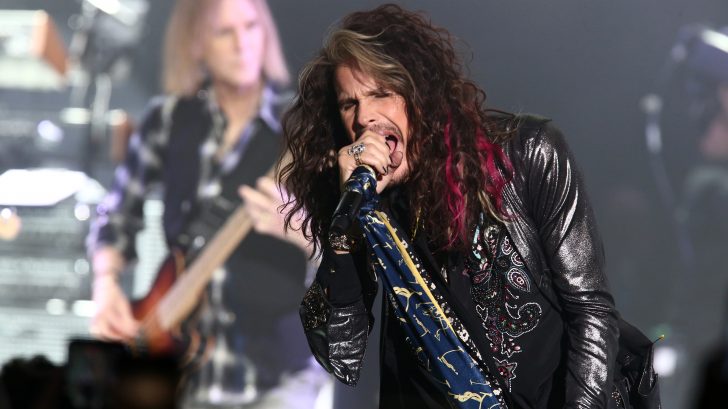 Every rock music fan knows how amazing and unique Steven Tyler’s voice is. It’s one of the most recognizable voices in classic rock and not many can imitate it. It has a distinct tone that goes unmatched by any other singer.

In Aerosmith’s 1993 album Get A Grip, the track “Crazy” became one of the most successful hits of the band. The song goes down in rock history as one of the band’s best-loved singles they ever released. The song’s swampy, bluesy sound is only highlighted so perfectly only by the astounding vocal prowess of Steven Tyler. His voice is already a stand out even when listened with the impressive instrumentals by the rest of the members of Aerosmith. Now, take the instrumentals out and isolate Tyler’s voice only while he’s singing “Crazy” and you’re in for a mindblowing auditory trip.

There is an isolated track of Steven Tyler singing Crazy and you get to hear his vocal performance in all its glory. The track features every detail, every nuance of his vocal ability. The track showcases the full scope of what Tyler’s voice can really do, even without the backing of the band. This audio is a treasure and is absolutely to die for!

With this kind of vocal exhibitions, you would think Steven wouldn’t need a full band to make a song awesome. The song itself is one thing to appreciate as it allows Steven Tyler the creative space to prove his talents worthy. And prove it he did and more.

It’s also worthy of note that “Crazy” was actually the winner of the 1994 Grammy Award for Best Rock Performance By A Duo Or Group With Vocal and deservedly so.

Fun Fact: With a music video that featured Alicia Silverstone and Tyler’s own daughter, Liv, Aerosmith’s “Crazy” became one of MTV’s most highly requested videos.