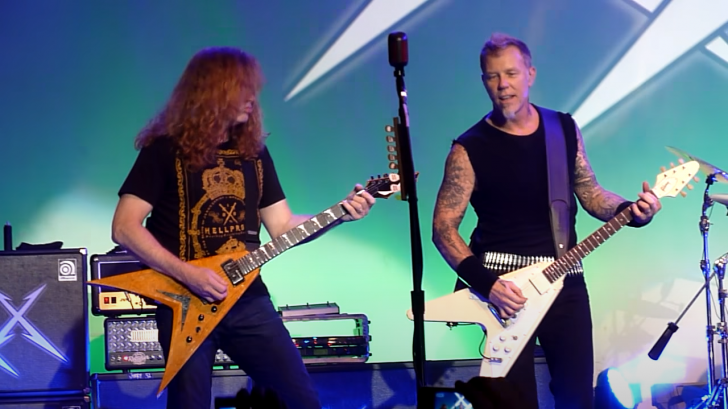 Members of some of the biggest metal bands will come together in a new documentary about Gibson’s iconic guitar, Flying V.

September 11th will see the release of the new DVD, Flying V, issued as part of the popular ‘Inside Metal’ series, Flying V was directed by Peter Hansen and produced by Hansen and Michael Denner, and features in-depth interviews with countless renowned guitarists. metal instruments that have helped make this make/model one of the most instantly identifiable instruments in all of rock. You can watch the trailer for the documentary below.

The released trailer features interviews with different musicians such as Slayer’s Jerry King, Megadeth’s Dave Mustaine, Metallica’s James Hetfield, K.K. Downing from Judas Priest, and many more guitarists who have helped establish the reputation of one of the most iconic guitars in the metal genre.

The guitar model, Flying V, was first manufactured by Gibson in 1958 alongside other models with unconventional shapes such as the Explorer and the Moderne.

Although initially unsuccessful, with only 100 pieces manufactured and sold, it was eventually used by musicians such as Albert King and Dave Davies of The Kinks, prompting its return to the market in 1967.

At the end of the 70s, the extreme aspect of the guitar was embraced by a whole generation of musicians in the Heavy Metal scene, making the Flying V model an emblem of the genre.

The documentary, ‘The Flying V’ will be released on DVD on September 11, under the direction of Peter Hansen.