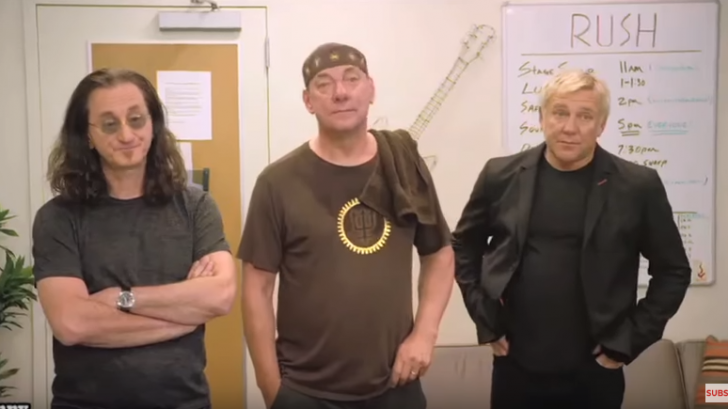 In Case You Need Another Reason To Envy Their Bromance

If you haven’t seen the 2009 comedy film “I Love You, Man” then we suggest watching it ASAP especially if you’re looking for something funny and feel-good. In the movie, Paul Rudd and Jason Segel play the characters of Peter Klaven and Sydney Fife who quickly became friends because of their mutual love for Rush.

In the following video, these two die-hard fans sneaked backstage to meet the band in their dressing room after a concert for their 2010 Rush Machine Tour. Sydney being Sydney didn’t tell Peter that he forged their passes. He even helped himself with sandwiches labelled specifically for Neil Peart…. So, you can tell where this is going.

“They just called us up. The director is a big Rush fan. It’s not one of those things that we normally do, but there was something about the way he presented it that seemed like the right thing to do. And we liked the actors that were involved. We’re all comedy freaks. When Jason Segel was in Freaks and Geeks he played the drummer who was a big Neil Peart fan. It just seemed right.” – Geddy Lee on “I Love You, Man” via Entertainment Weekly

Paul Rudd even joined the band onstage back in 2013 for their Clockwork Angels Tour in Kansas City!