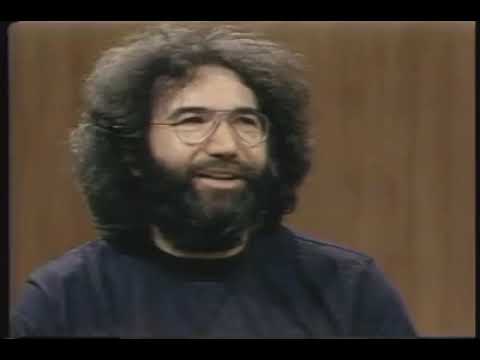 Jerry Garcia, the vocalist, spokesman, and guitarist for The Grateful Dead, was a real music enthusiast, to say the least. Garcia was an avid listener and collector of all the strange and amazing music the planet has to offer.

The guitarist built a career by constantly altering and morphing his sound on record as well as on performance, evidently changing creative directions at will.

The guitarist built a career by constantly altering and morphing his sound on record as well as on performance, evidently changing creative directions at will. Garcia and his band constructed aural architecture that are both inspiring and intriguing. Fans are continually discovering the Dead and being enthralled by their music in the twenty-first century, as they have been for nearly six decades.

The guitarist, who was known for his massive record collection—literally thousands upon thousands of recordings sitting in his home—made it a point to widen his ideas when he could, constantly pushing himself to listen to old and new records and glean whatever lessons he could from them. Below are his list of favorites albums.

Garcia was more concerned with how the music was performed than with adhering to any certain category or area in which he or any listener felt at ease: “If it’s well-played music — I mean if you’re a musician, you know when somebody’s really playing and when they’re not really playing. If it’s well-played music, I like it.” This was a notion that would influence the rest of his life.

Folk music was one of the genres that helped shape Garcia. The solemnity of folk music attracted the interest of the young and restless as the 1960s began to fade away. Joan Baez’s first album, Folksingers ‘Round Harvard Square, captivated Garcia.

Garcia maintained contact with his peers throughout the 1970s. In addition, he once declared Smiley Smile by The Beach Boys to be his favorite song of all time.

Bringing It All Back Home – Bob Dylan

Garcia was naturally interested in another folkie lyricist at the time, Bob Dylan. The musician, on the other hand, didn’t pay any attention until he hooked in.

Garcia was a fan of The Band, who was a similar performer. Despite liking a majority of their stuff, Cahoots from 1971 was the one that really captivated him.

He was also a huge fan of John Lennon. “I appreciate John Lennon’s new solo album.

Another seventies legend Garcia adored was Fleetwood Mac, whose self-titled album blew him away and inspired him and the rest of the Dead to recruit Keith Olsen for their album Terrapin Station.

Garcia’s enthusiasm for new records waned as his stature grew from unstable musical maniac to elder statesman of music. He stopped paying attention to new music and preferred to relive his jazz albums, but he did profess his affection for Pink Floyd’s The Wall in 1981. Apart from that, Garcia appeared to have gotten his fill.

Between the Buttons – The Rolling Stones