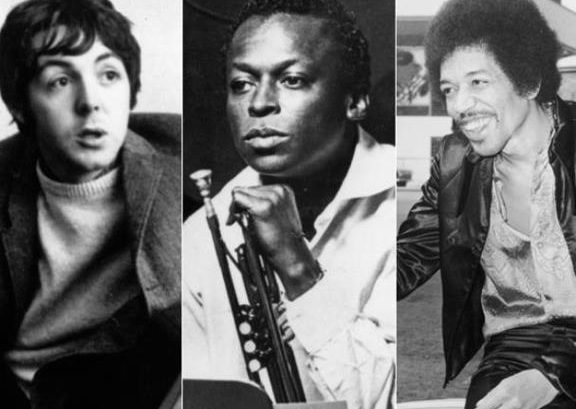 It Was Supposed To Be A History In The Making

What do we know about SUPERGROUPS in rock n’ roll? — Well, being a rock music fan we always get excited when a supergroup formed. A supergroup rock band consists of legends from different rock bands. Some examples of this are “Crosby, Stills, Nash & Young, Cream, Humble Pie, Derek and the Dominos, and many more.” Members of these bands were already successful be it as a solo artist or as a member of other well-known bands.

The term is sometimes applied when it comes to legendary musicians forming a group with other members of a band who have a achieve notable success in their own right. Or sometimes they are formed as side projects.

As supergroups been there since the beginning, — if only something that supposed to happen ever happened it would certainly be music’s most intriguing and celebrated supergroup: Jimi Hendrix, Miles Davis, Sir Paul McCartney with Tony Williams.

Jazz trumpeter Davis and axe-slinger Hendrix had been planning to record together in the year before Hendrix passed away in 1970. And there was even a piece of memorabilia that serves to be evidence which confirms they were trying to invite McCartney as their bass player. And Williams, one of the best jazz drummers of the 1960s, was also recruited for the supergroup lineup. The memorabilia is now on display at the Hard Rock Cafe in Prague.

The piece of memorabilia was a telegram that Hendrix sent to McCartney at  The Beatles’ Apple Records in London dated October 21, 1969, he told him to call producer Alan Douglas:

“We are recording and LP together this weekend. How about coming in to play bass stop call Alan Douglas 212-5812212. Peace Jimi Hendrix Miles Davis Tony Williams.”

Peter Brown (the band’s aide) replied on McCa’s behalf and told him, McCartney was on holiday vacation in Scotland and not expected back for another two weeks. During that time, The Beatles were falling apart because of artistic differences and financial disputes. IIf the telegram had been sent earlier than the said date above it would have happened.

Sir Paul McCartney and Legend Axe-Slinger Jimi Hendrix were friends, and it was Paul who recommended Hendrix to headline Monterey.  If Paul was only in contact with Apple Studio at that point, it would have such a majestic HISTORY in the making. The problem was also with Peter Brown he didn’t pass the message to Paul. Jimi thought very highly of Paul that he thinks we would comply with the request.

The supergroup would have gone down to be the GREATEST band ever FORMED in the HISTORY.

Here’s a video of Paul McCartney telling his story about Jimi Hendrix with his lefty guitar: