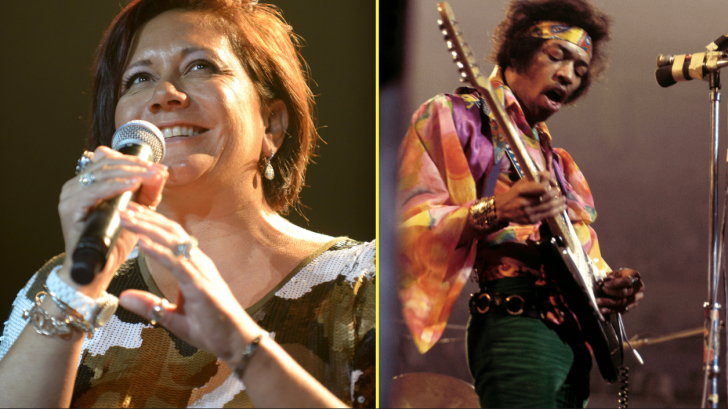 Your big brother might be cool, but he’ll never be Jimi Hendrix cool. Janie Hendrix, Jimi’s younger sister, doesn’t remember much about her legendary older brother – after all, she was just 9 years old when Jimi died in 1970 – but what she does remember is a wonderfully warm, shy man whose infrequent visits home were an event of their own, packed with love and family so excited to spend time with Jimi that no one wanted to go to sleep while he was home.

Janie’s final day with her brother was July 26th, 1970, just eight weeks before his death at the age of 27. Jimi had finished work on Electric Lady Studios and his album, Electric Ladyland and Janie, then 9, remembers her brother coming home to Seattle for another brief visit, this time full of plans not just for himself, but for the Hendrix family as a whole.

“He kept telling my dad he was working on this new kind of music, and that Dad would be doubly proud of him. He wanted to include other instruments in his band, so it wasn’t just a three-piece group. It would have horns and keyboards.

Then he also told my father to start looking for a house in Mercer Island. He wanted my dad to find a house on the water. He wanted to take a sabbatical and leave and come stay with us for a few months. Chill out. He’d been on the road for over 3 years.”

In high spirits during the weeks leading up to his September 18, 1970 death just eight weeks later, Jimi was a 27 year old man with the world at his fingertips, a solid game plan for the next stage of his career, and a desire to take some time out to enjoy it all with his family.

Now an adult and firmly in control of her brother’s estate and legacy, Janie doesn’t dwell on the “what ifs” or the circumstances surrounding Jimi’s death at only 27:

“So, what do you do? It’s like you can’t bring that person back and we’re here to live and to continue the music he left us, and that’s what we concentrate on doing.”