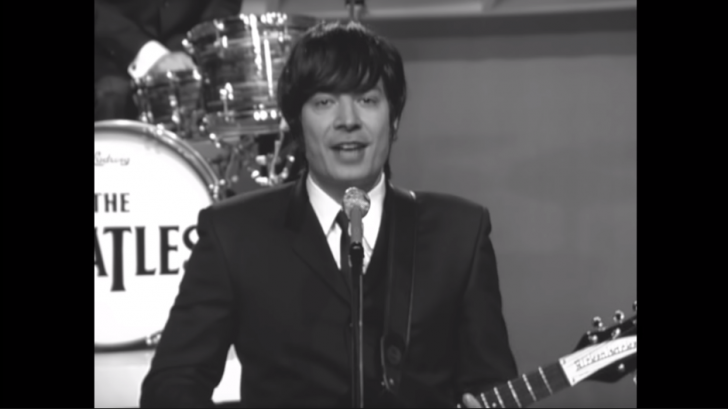 Fred Armisen’s appearance in The Tonight Show with Jimmy Fallon was one of his bests. He stopped by in the show to re-imagine the Beatles promoting themselves via social media.

Jimmy Fallon and Fred Armisen united to create a parody of The Beatles for the 50th anniversary of their appearance on The Ed Sullivan Show.

The Tonight Show portrayal authenticates just how far ahead of their time the incredible rock band actually were, with a touch of never before seen clip that finds the Fab Four shooting down all varieties of hashtags, memes, and shoutouts throughout a chat with the audience after their memorable performance of “I Want To Hold Your Hand.”

Also, a piece of evidence was revealed that Ringo might be a little much of a foodie. They ended the show somewhat fittingly, with a selfie, of course.

You can keep going for the video below and watch the full reimagination from Jimmy Fallon and Fred Armisen.