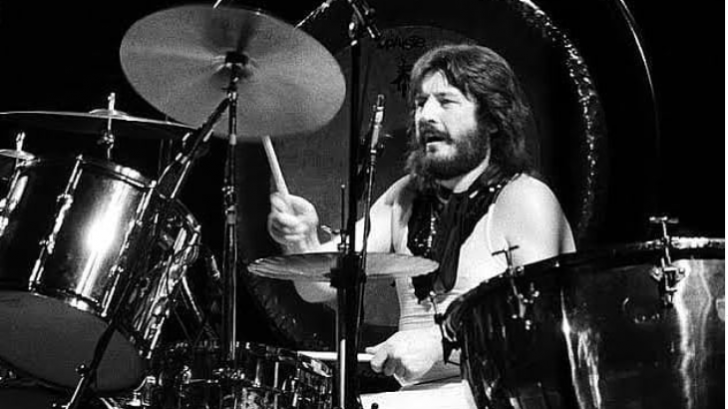 John Bonham not only worked as an excellent rhythmic base but as one more attraction of the English band, it was not enough to satiate the eyes watching Jimmy Page disheveling the guitar or Robert Plant mistreating pleasure his paralyzing voice; one could also be shocked when listening to Bonham whip his drums on songs like Whole Lotta Love.

His contribution to rock was breaking with the jazz and blues stereotypes that had shaped the sound of the drums; Bonham began to hit his percussion with greater force, which in the end would motivate genres such as Heavy Metal, characterized by the strength and speed of the impacts.

John Bonham, also known as “Bonzo” was a drummer who left an undeniable legacy in the history of music and rock. Much of the success that Led Zeppelin had is due to Bonham’s technique of composing and performing the songs, mastering the times and ways of playing the drums which you can witness by listening to the isolated drum track for one of Led Zeppelin’s most celebrated songs, ‘Whole Lotta Love’.

His virtuosity is such that the piece only meets the name for the constancy of the rhythms and chords. The song begins with a vibrating snare, around the 40-second mark that gives entry to the other instruments at the same with a roll and during development maintains a frenetic timing, totally alien to the genre in its most primitive form.

The 32 years that John Bonham lived were of experimentation with the oriental percussions known as gongs and other instruments; he used to enthrall the public with drum solos, few individuals dared. His greatness is so great that when he died, Led Zeppelin ceased to exist, it might seem exaggerated, but in reality, knowing those godly hands, the English band was aware that it had lost its most important base.