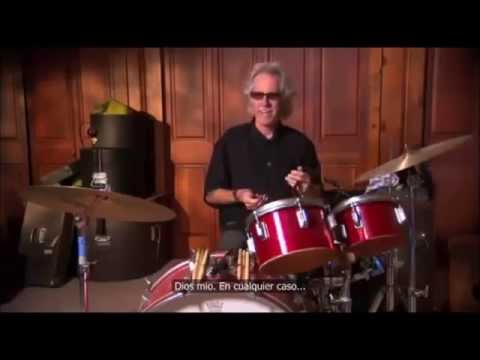 It was during g a difficult time in his life, The Doors drummer John Densmore recalled George Harrison’s reassuring words. The ex-Beatle often had blunt but wise words about death and dying. He admitted it had helped him as he mourned grieve Ray Manzarek’s death.

Densmore revealed that in a chapter of his book, The Seekers, he quotes George’s notions after the death of John Lennon. George essentially said, “When you had a special relationship with someone, and you can’t continue that after they died, then how can you have a relationship with Jesus or whoever you’re projecting as a deity?”

These words had helped him put things in perspective. The way he thought about death was changed and allowed him to cope with Manzarek’s death in 2013.

Densmore said, “It’s interesting that back in the mid-60s, The Doors and The Beatles were both experimenting with then-legal psychedelics, and then both of us sort of-well this is a little Earth-shattering on the nervous system. Maybe meditation is the way to go.

“And we both stumbled into the Maharishi, and this is before internet. There was no talking back and forth… Psychedelics kind of opened up the mind. Then meditation was obviously a longer route.

“So we get exposed to meditation, and then that introduces us to the Indian culture. Ravi Shankar. And The Beatles are doing the same exact thing, and we aren’t talking to each other about it. And then our music and their music, George in particular, gets kind of dipped in curry sauce, it seeps into some of our stuff and theirs.”

Densmore revealed that he first heard The Beatles during their appearance on The Ed Sullivan Show in 1964. He admitted that the group’s harmonies were kinda infectious. After hearing them, every time The Beatles would release a new album, he and the rest of The Doors would “gobble it up.” Being a drummer, he was also a fan of Ring Starr too.

Densmore revealed that The Doors tried to replicate and create an album similar to what The Beatles did on ‘Sgt. Pepper’s Lonely Hearts Club Band’

“Our fourth album, ‘Soft Parade,’ we put strings and horns on,” he said. “We were trying to make ‘Sgt. Pepper.’ And we got some flak for that but ‘Touch Me’ is still number one. But we had talked about trying that even before we got a record deal. And I’m sure The Beatles were like, ‘Let’s see where this goes.’

“And then after ‘Soft Parade,’ that got us back to ‘LA Woman’ and our sort of bluesy garage sounds. So, that’s the road you take. You’re experimenting, you’re curious, and hopefully, the audience follows you.”

He also revealed that George once showed up on some Soft Parade sessions and agreed that they sounded like Sgt. Pepper on that album.