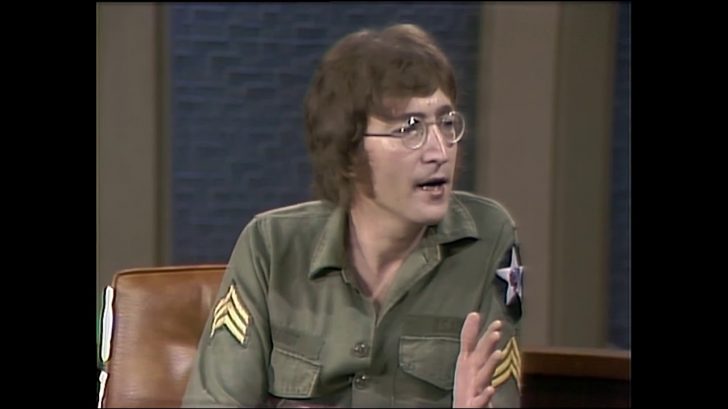 John Lennon is one of the most prolific in the world of music since his impact has transcended the musical field to become a cultural entity, despite the great successes he has composed as a soloist and with the Beatles, never they were all to his liking.

After the separation of the Liverpool quartet, Lennon appeared on shows such as Top Of The Pops in February 1970 in which he presented the single Instant Karma.

In the United States, once allied with left-wing activists Jerry Rubin and Abbie Hoffman, we will see Lennon participate in the John Sinclair Freedom Rally on December 10, 1971, where he played four songs from his album Some Time In New York City ( 1972) which were Attica State, The Luck Of The Irish, Sisters, O ‘Sisters, and John Sinclair.

He also appeared on the Jerry Lewis Telethon on September 4, 1972, where he featured three songs, including a great rendition of Imagine.

Likewise, we cannot leave television programs like the Dick Cavett Show where he shared his side on why The Beatles broke up.

Keep going below and watch the full interview: