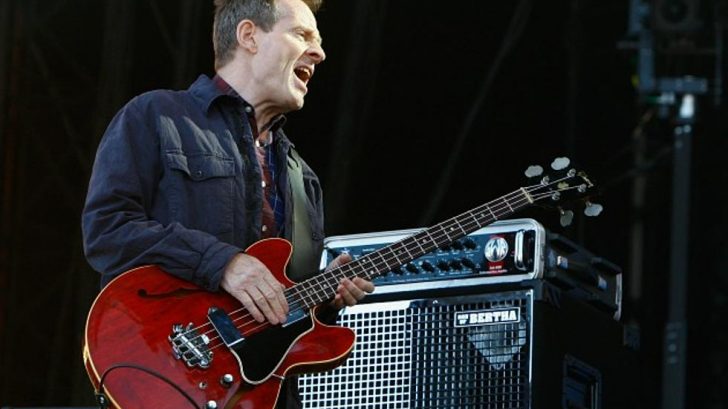 People frequently ignore bassists while praising guitarists and drummers. However, as the music industry develops, more people are increasingly appreciating the value of bass players. Bass players were not well-known throughout the rock period since many people would just disregard the bassists. Bootsy Collins, Flea, Carol Kaye, and a few more were among the outstanding bassists who made people take notice of them.

John Paul Jones is regarded as one of the best bass players in history since he was one of those bassists. Jones joined Jett Blacks after leaving The Deltas, where he had started his musical career at the age of fifteen. However, once he joined the Shadows, people began to take notice of him. He was honing his abilities with each band he joined.

He has performed with a number of well-known bands and performers, such as the Rolling Stones, Cat Stevens, Donovan, Rockestra, and others. Later, in the early 1960s, he became acquaintances with famed guitarist and musician Jimmy Page. Jones later joined Page’s group The New Yardbirds in May 1968; today, we know them as Led Zeppelin since they changed their name in October of that same year.

The Beatles were dethroned from the Billboard charts by this most recognizable band. They had a great deal of regard for the Beatles, though. Even Paul McCartney, the Beatles’ co-lead vocalist and bassist, received praise from Jones for his bass playing. He continued by asking why McCartney is ideal, to which he replied, “He is perfect.”

Every so often, we hear of a musician praising another, and in a 1970 interview with NME, Jones talked about and praised a number of bass players, including Paul McCartney. He stated:

“You can’t get away from [Motown], every bass player in every rock group is still doing Motown phrases, whether he wants to admit it or not.”

“I think he’s perfect, He’s always been good. Everything he’s done has always been right. Even if he didn’t do too much, it was still just right. He’s improved so much since the early Beatles days, and everything is still right.”

John also mentioned notable bassists like Jack Bruce, Charles Mingus, and others. What a modest and straightforward person John is. Despite being one of the all-time great bassists, he still praised McCartney and even referred to him as a “perfect bass player.”

Another intriguing tale about him and McCartney was told by Jones. He collaborated with a number of bands and musicians before joining Led Zeppelin, notably Donovan on the song Mellow Yellow. Donovan and others didn’t like what Jones had written; in fact, he said they loathed it.

But McCartney suddenly materialized, and when he read Jones’ lyrics, he gave them high acclaim. He claimed that McCartney told him it was wonderful and that it altered everyone’s perspective. McCartney was entirely accurate in his assessment since Mellow Yellow is the first tune by Donovan to surpass one million sales.

Jones and McCartney get along well and are both fans of Jones. Jones even played in McCartney’s Rockestra, in addition. After the Beatles split up in 1970, McCartney continued to make music on his own. By the late 1970s, McCartney had begun assembling his Rockestra, and as was already indicated, he included Jones. In addition to Jones, a fantastic group of other musicians included David Gilmour, Pete Townshend, John Bonham, and others.