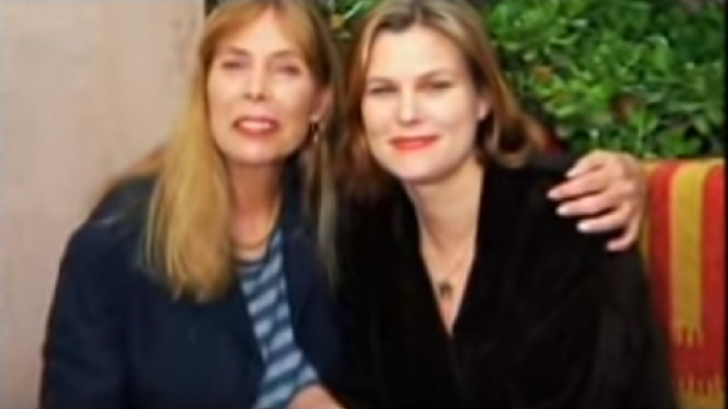 Back in 1964, Joni Mitchell found out she was pregnant and while she was three months along, her then-boyfriend Brad MacMath left her without any money and “only a fireplace for heat.” It was a time when there was still stigma about women giving birth outside of marriage and abortion wasn’t also an option, legally speaking. After her daughter was born, she gave her up for adoption because she knew she couldn’t provide for her baby’s needs.

Even at the height of her success, she never forgot her child and even wrote about her in some songs like “Little Green”, “River”, and “Chinese Cafe” but even if she somehow revealed about the adoption in the lyrics, no one exactly paid too much attention.

“We both were very excited about meeting. I’m thinking you know, what if she doesn’t like me? Probably she won’t like me. There’s gonna be issues here.” – Joni Mitchell

Well there're so many sinking now You've got to keep thinking 🤔

The adoption story didn’t go public until one of Joni’s former roommate sold the story to the media. At this time, however, her daughter was also searching for her biological parents. Nevertheless, people realized it was all there in her music – her songs were her confessions. She was vulnerable but she bared it all.

“She had paintbrushes in her hand and when we met at the front door in the kitchen with hugs, it felt like I’d gone away on a trip for a couple of months and I was coming home.” – daughter Kilauren Gibb

But it was a happy ending for both of them. Joni definitely made up for lost time and it was as if they haven’t lost each other.

“The songwriting was almost like something I did while I was waiting for my daughter to come back.” – Joni Mitchell

This story is one that will warm your soul.