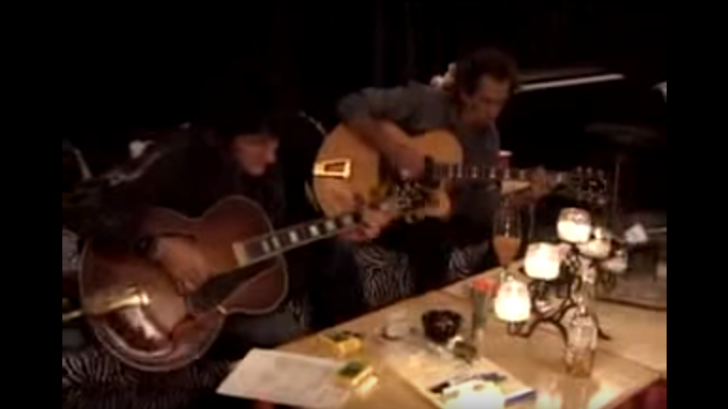 Just Showing Everyone How It’s Done

If you’re expecting something mindblowing then you’re bound to be disappointed because this is just your typical jam between two guitar icons. It may not exactly be THAT special but we still don’t mind listening to this for hours. Some people think they’re way overrated but we disagree – these guys know how to stand out. And in the world of rock ‘n roll, that makes one totally relevant.

“When I pick that thing up at home, I play other people’s songs. Sometimes it leads into an idea, another song. All of these guys, in a way, inspired [me] to come up with something new.” – Keith Richards

Both of them have played memorable riffs that are easily identifiable just mere seconds after they start playing. Sure, most guitarists can probably play the riffs in this clip but the fact remains that The Stones are legends. Jamming to easy melodies can’t change that.