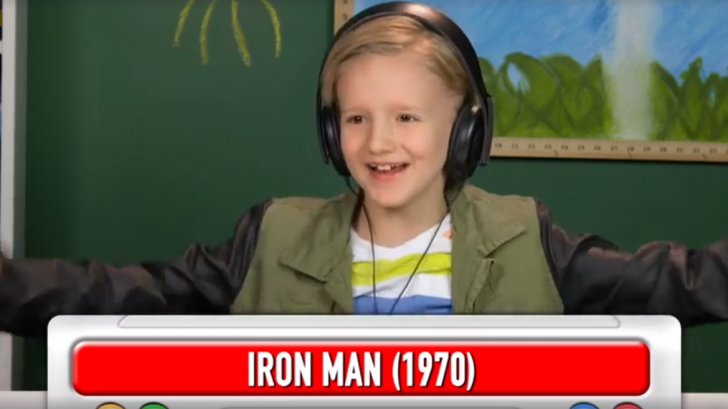 We Were All Just A Bunch Of Kids Who Had No Idea!

React videos have been a trend lately, and it’s been around for quite some time now, you may like it or not, but there’s always thins one time that we went to watch one of these react videos and definitely enjoyed it.

Fine Brothers Entertainment, makers of the “Kids React” videos, have created another awesome video that every rock fans will enjoy. The young ones reacting to Black Sabbath for the first time is simply hilarious, and we all had the same reactions as a kid back then. But let’s face it, the first time we’ve heard Sabbath, we’ve banged our heads immediately.

Well, Black Sabbath, as awesome as they were, they managed to influenced and caught people attention throughout their years, and have permeated popular culture – the evidence, you will see below that these kids can easily recognize “Iron Man.”

The dark, heavy sound of “Black Sabbath” – unparalleled, will always be the big influence of each heavy metal bands who came after like I said, we were all once a kid.

Keep going with the video below and react with kids reacting to Black Sabbath’s music: