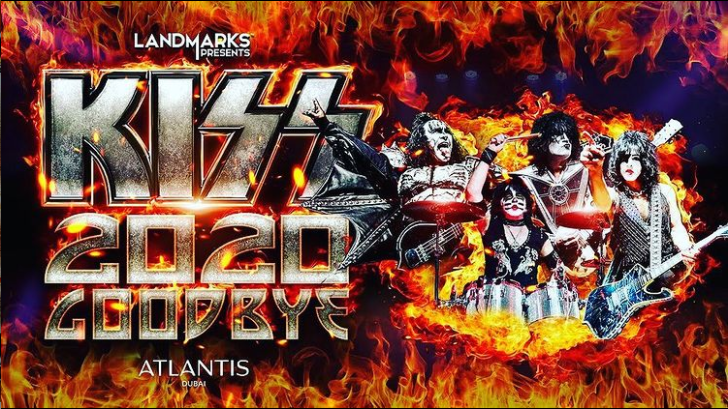 To bid farewell to 2020 the iconic band is rekindling the fire and coming back to life, bringing the biggest and baddest concert event and pyrotechnic show of the year, proving once again that Kiss never does anything small. The massive stage production and free pre-show will be brought right into your living room at 9 p.m. live from Atlantis Dubai on December 31st.

The concert, the band’s first since March 10 in Lubbock, Texas, will take place in front of “a live, safe and COVID-protected audience” from Royal Beach at Atlantis Dubai. The performance will begin at 9:00 PM, Dubai Time, 9:00 AM PST, and Noon Eastern Time on December 31. The promo video promises fans “the biggest & baddest concert event and pyrotechnics show of the year.”

“After nine months of this pandemic darkness, the world may finally be seeing light of day,” the band said in a news release. “On New Year’s Eve, Kiss will rock the heavens, shake the earth and blaze the way out of 2020 with the largest and most bombastic celebration in our and anyone else’s history. We all need it. We all deserve it. Here’s to 2021.”

Tickets for the event can be purchased at Kiss2020Goodbye.com, with prices starting at $ 49.99 and going up to $ 999 for a package that includes 14 “exclusive and limited-edition items,” including a Blu-ray of the concert.

Kiss’s current lineup consists of the original members Stanley (guitar, vocals) and Simmons (bass, vocals), along with later additions to the band, guitarist Tommy Thayer (since 2002), and drummer Eric Singer (intermittently since 1991).